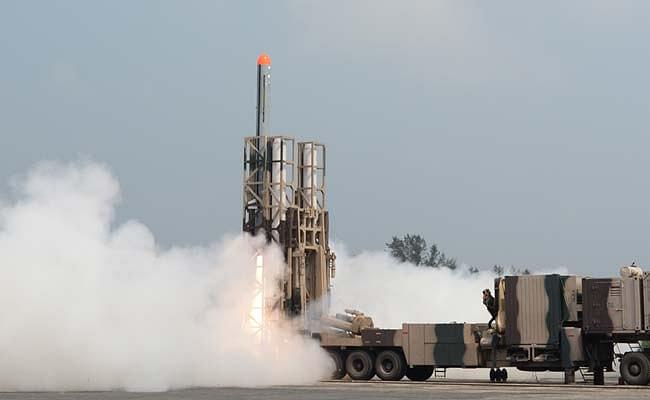 India has moved Nirbhay cruise missiles to the Line of Actual Control (LAC) amid tensions with China ahead of their formal induction into the Indian Armed Forces, reports Hindustan Times.

These missiles will be formally inducted into the Indian Army and Navy after their seventh trial takes place next month. The missile has been built by DRDO.

The Nirbhay subsonic cruise missile boasts of a range of 1,000 kilometres and single shot kill ratio of over 90 per cent. This missile which travels at a speed of 0.7 mach comes with both terrain hugging and sea-skimming capability to help it avoid enemy detection.

As per reports, India has also deployed BrahMos and Akash surface-to-air missiles (SAMs) to deter Chinese misadventures in eastern Ladakh.

India has deployed these missiles to deal with Chinese deployments of stand-off weapons with the range of 2,000 kilometers on the Tibetan Plateau.

The 500 km-range BrahMos cruise missile, deployed in “sufficient numbers” in the Ladakh Sector, can be used to hit People’s Liberation Army camps and air bases in the region if hostilities escalate. The supersonic missile, which can evade enemy defences, is capable of dropping a 300 kg warhead on its target.

Akash SAMs, capable of engaging incoming enemy threats in the air at a range of 40 kilometers, is guarding important Indian military installations and bases in the Ladakh region. The missile can shoot down enemy drones, helicopters and fighter aircraft trying to breach Indian airspace to hit Indian positions.