India Reports Its Strongest Manufacturing Activity In A Single Quarter Since 2012, Claims Report 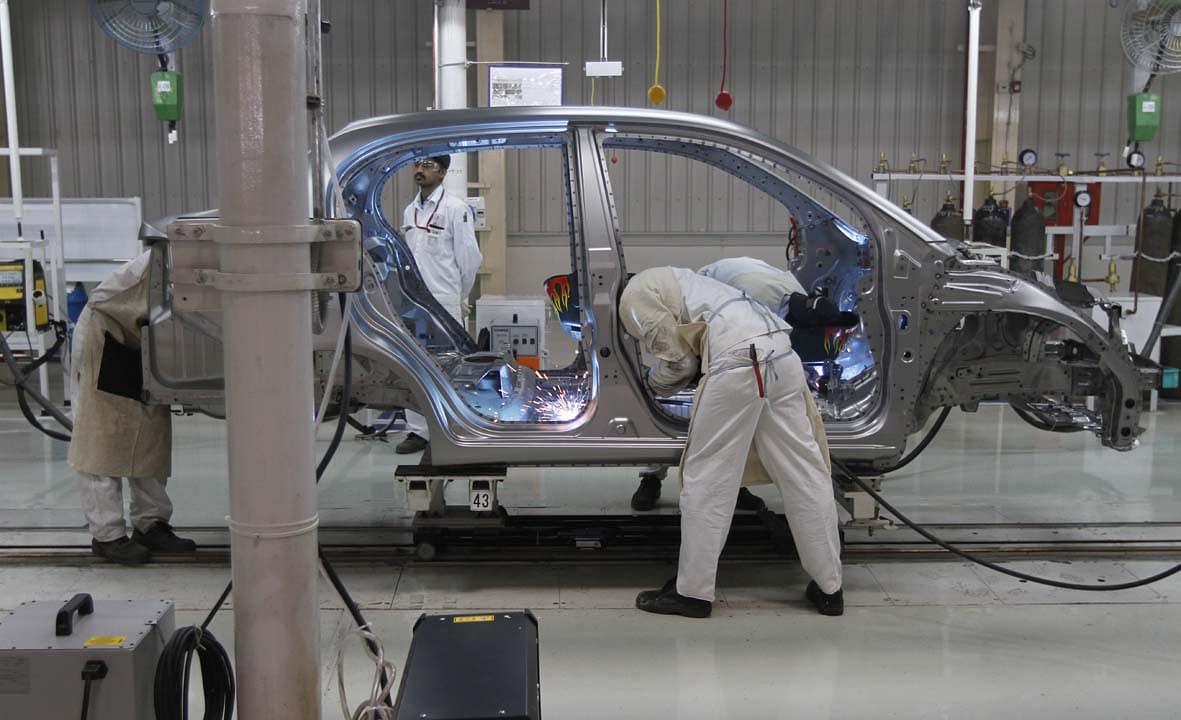 The assembly line of the Honda Amaze car at Tapukara in Alwar, India (Virendra Singh Gosain/Hindustan Times via Getty Images)

As per Nikkei Manufacturing Purchasing Managers’ Index, India’s manufacturing activity slowed down to 53.2 in December from the 11-month high of 54 in November, but still remained the second highest in 2018, Reuters has reported.

This suggests that companies continued to see strong inflows of new business, which led to scaling up of production and generation of employment. December was the 17th consecutive month when the manufacturing PMI remained above the 50-point mark, which separates growth from contraction.

According to Reuters, this marks the strongest quarterly performance since late 2012. The increase in input cost in December was the weakest in nearly three years, the portal’s report said.

The manufacturing PMI “indicated that the sector ended 2018 on a high, with growth stronger than seen at the start of the year,” Reuters quoted Pollyanna De Lima, principal economist at IHS Markit, as saying.

In spite of a strong performance in 2018, the survey indicated manufacturing firms were turning cautious. Hiring in December slowed down due to uncertainty ahead of a national election scheduled for May.