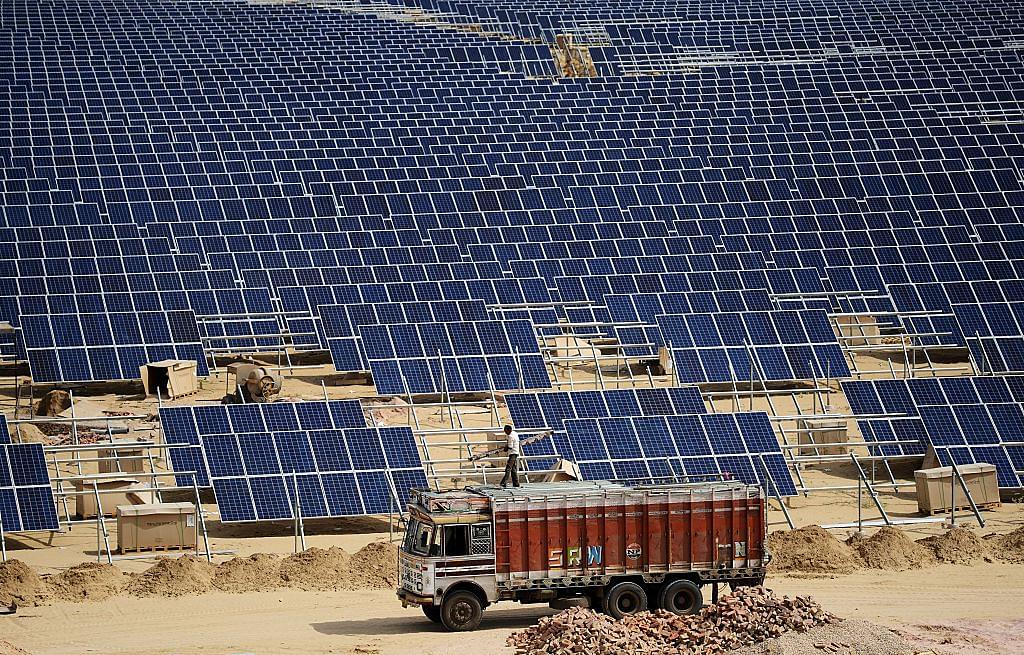 India is going to add 67 gigawatts (GW) of solar energy capacity in next three years and the country is witnessing a sharp fall in its prices due to the enhanced production, Union Minister of Environment, Forest and Climate Change Prakash Javadekar said on Tuesday (10 December).

"We are going to achieve 100 GW solar energy target in 2022 by adding 67 GW of power," he said, while pointing out the sharp fall in the prices of solar energy due to enhancement of capacity.

"The prices of solar energy used to be Rs 20 per unit. Now, it is just 10 per cent of it," Javadekar told IANS on the sidelines of the UN Climate Change Conference (COP25) negotiations which entered its second and penultimate week.

A brainchild of Prime Minister Narendra Modi, the India-based Alliance -- a coalition of 83 countries -- aims at accelerating deployment of solar energy by reducing costs and making adequate funding available for its rapid deployment in solar-rich member-nations.

Globally, India is the third-biggest solar installer after China and the US. India has reached 20 GW cumulative solar capacity, achieving the milestone four years ahead of the 2022 target originally set in the National Solar Mission.

While, India's power demand will double over the next decade, its draft "Ten Year Electricity Plan" calls for this rising demand to be met with 275 GW of renewable energy capacity by 2027 -- without requiring new coal plants beyond those already under construction.

Tim Buckley, Director Energy Finance Studies with the US-based Institute for Energy Economics and Financial Analysis (IEEFA), said India is entering the centre stage of the world in terms of the critical global issues relating to energy-climate-decarbonisation policies.

"With Prime Minister Narendra Modi's clearly articulated and highly ambitious vision of 275 GW of renewables by 2027, India has emerged as a world leader in the renewable energy sector," Buckley told IANS.

But it also noted with caution some sovereign risk issues that need to be resolved quickly.

"India is set to reach 144 gigawatts of renewable energy by the end of financial year 2021-22. The country has a clear ambition to transition to a cheaper lower emission electricity system, and that ambition is attracting healthy global investment," he said.

IEEFA's another report titled 'Risks Growing for India's Coal Sector' says India should adopt a policy of no net new coal-fired power generation beyond what is already under construction.

Also, the coal plants under construction should be reviewed for possible cancellation.