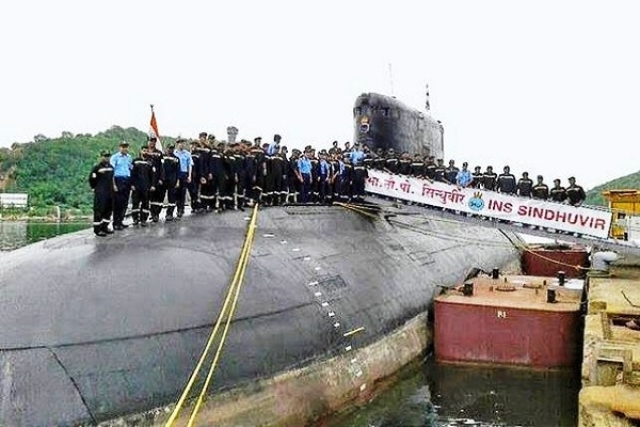 Myanmar is likely to get its first ever submarine this year as India is set to hand over a Kilo class boat to the country after refitting it indigenously, reports Times of India.

According to the report, the Myanmar Navy, which is looking at acquiring its own submarine fleet in the coming years, will use the INS Sindhuvir for training purposes.

The Hindustan Shipyard Limited (HSL) is modernising the INS Sinduvir, a Kilo class submarine brought from Russia in the 1980s, in Vizag. The modernisation work is reportedly expected to be completed by the end of this year. The submarine will be fitted with indigenous systems to train the Myanmar Navy.

As per the report, the submarine transfer is likely to take place with a line of credit that India had extended to Myanmar for increasing military capability.

India, as part of the capacity building, had earlier this month supplied Myanmar with advanced light torpedoes named ‘Shyena’ as part of a $38 million export deal. Bharat Dynamics Limited (BDL), a state-owned company, had manufactured the torpedoes.

Earlier in March this year, Myanmar Navy chief Commodore Moe Aung had announced that the country’s naval force would soon have its own submarine arm.

This rising maritime cooperation between the two countries is also aimed at countering China’s rising influence, which has been exerting its influence at the country’s Kyaukpyu port.