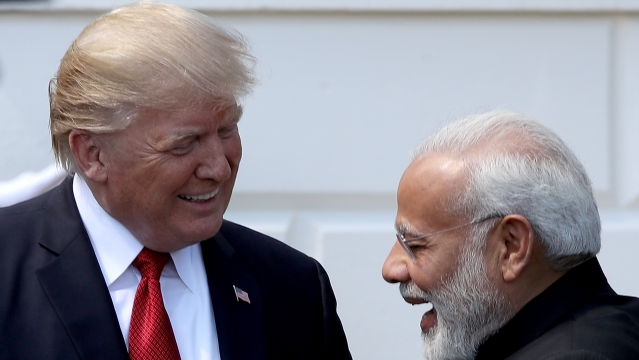 The US Senate has passed a strategic legislative provision that gives India NATO ally status alongside other countries including Israel and South Korea for increasing defence cooperation, The Times of India reports.

The amendment provides for increased US-India defence cooperation in the Indian Ocean and special impetus on humanitarian assistance, counterterrorism, counter-piracy and maritime security.

In order for the bill to become into law, it must pass both the chambers of Congress-the US Senate and the House of Representatives.

The Hindu American Foundation (HAF) commended Senators Cornyn and Warner for their efforts in advancing the US-India strategic partnership. "Elevating India to non-NATO status is vital, now more than ever, for the US, for India, and for the entire region," HAF managing director Samir Kalra said.

India was recognised as a "Major Defence Partner" in 2016, giving access to advanced and sensitive technologies from America at par with that of the US' closest allies and partners.