India To Tell US It Will Sign S-400 Deal With Russia, Remains Undeterred By Threats Of Sanctions 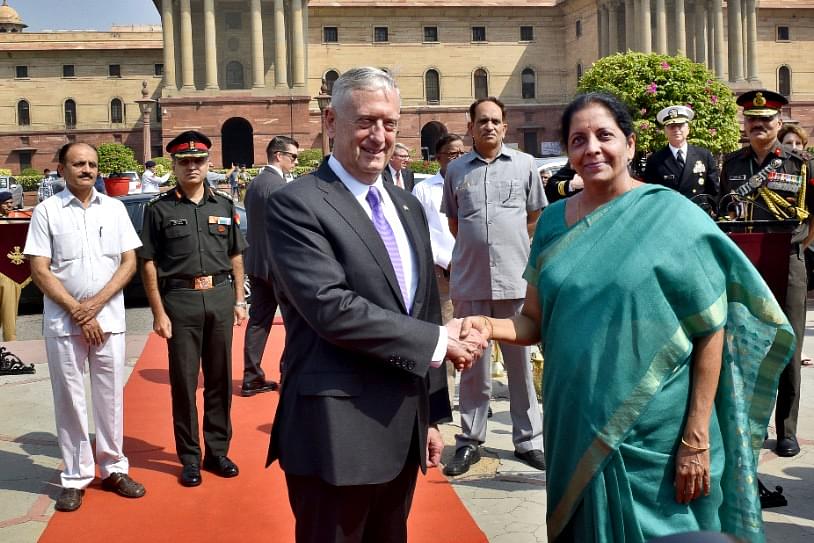 During the inaugural 2+2 talks at the foreign and defence ministerial level in New Delhi this week, India is likely to tell the United States that it would not change its decision on buying S-400 air defence missile systems from Russia and is undeterred by its threat of sanctions, Deccan Chronicle has reported.

This development comes after the US said, according to Reuters, that it can’t guarantee a waiver from sanctions if India purchases weapons from Russia. Under US’ sanctions on Russia, any country engaging with Moscow’s defence sector could face secondary sanctions from Washington.

The Trump administration, in an effort to push countries to buy defence equipment from the US, has been playing hardball. It has dropped enough hints indicating that it does not want India to finalise the deal with Russia.

We would still have very significant concerns if India pursued major new platforms and systems (from Russia),” Randall Schriver, the Pentagon’s top Asia official, has been quoted by the agency as saying.

India, on its part, has explained that it can’t cut off its defence ties with Russia as a large part of its equipment is of Russian or Soviet origin. Around 60 per cent of India’s defence imports come from Russia. However, in the last one decade, India has diversified its sources of defence equipment to include the US. India has signed multiple multi-billion deals with US-based firms. In numbers, the India-US defence trade has risen from near zero to over $15 billion.

India was hoping to get a waiver from the US for the deal. A new US defence legislation has authorised President Donald Trump to exempt countries.