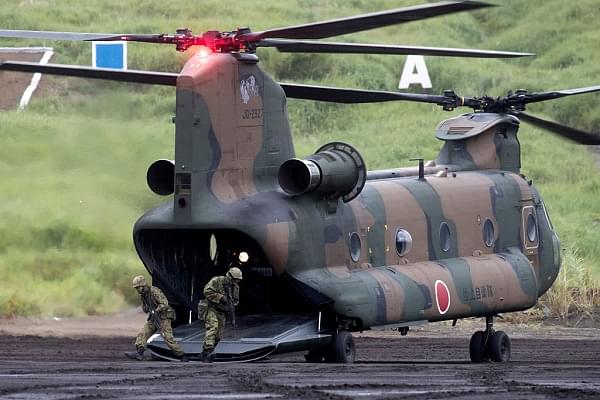 Indian Air Force (IAF) is set to receive its first delivery of AH-64E Apache attack helicopters and CH-47F Chinook heavy lift helicopters at its bases in Pathankot and Chandigarh respectively in three months, Livefist has reported.

According to the report, both the bases are now receiving finishing touches before the helicopters start arriving in March 2019.

These are being procured as part of a deal in which the Apache was selected over Russia’s Mi-28NE. The IAF will receive 22 Apaches in total, half of which will be fitted with the AN/APG-78 Longbow fire control radar. They will operate from Pathankot and Jorhat base in India’s east.

Chandigarh, which is the nodal air base for logistics to high altitude forward areas of Ladakh, will host the Chinooks and is receiving the last infusion of infrastructure elements before the arrival of helicopters.

As the helicopter deals were signed before India and US signed the Communications Compatibility and Security Agreement (COMCASA), various pieces of electronic equipment were held up due to export restrictions.

In September 2015, India had signed a $3 billion deal with the US government and Boeing to buy 22 AH-64E Apache attack helicopters and 15 CH-47F Chinook heavy-lift helicopters.

Although, the helicopters will be delivered to India in a fly-away condition, some parts of these heavy-weight machines will be built by companies based in India.