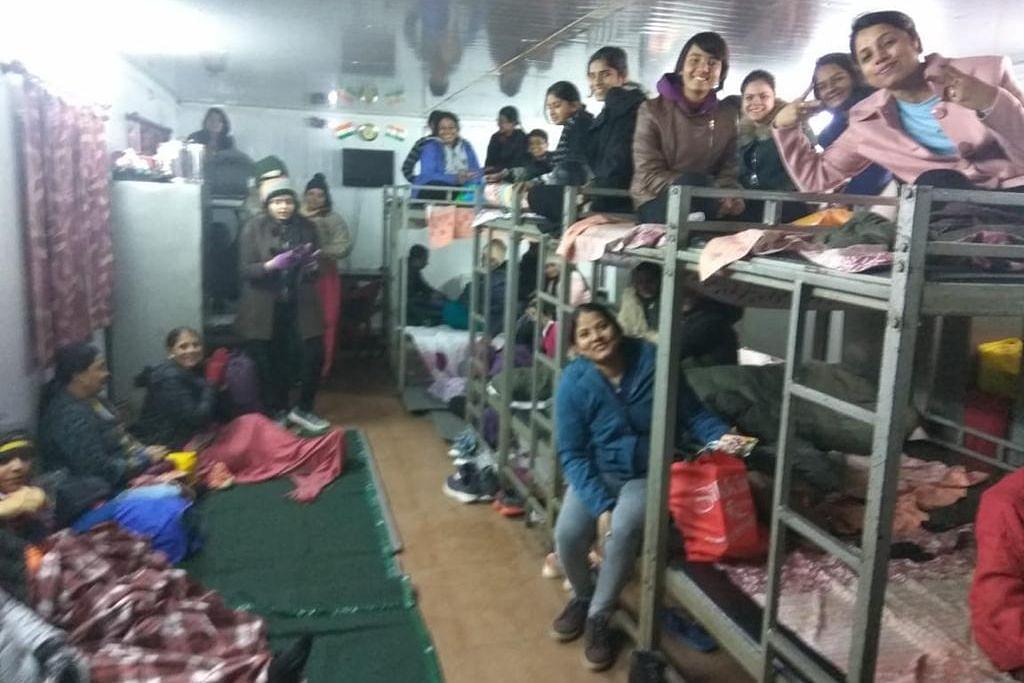 Indian Army rescued over 1,500 tourists in Sikkim (Pic Via Twitter)

The Indian Army on Friday (27 December) rescued more than 1,500 tourists who were stranded after heavy snowfall blocked the Jawaharlal Nehru road in Sikkim, reports Times of India.

According to the report, the stranded tourists were provided relief including food, shelter, warm clothing and medicines to ensure their safety from weather and high altitude.

"These tourists, travelling in nearly 300 taxis, were returning from Nathu La- Tsomgo Lake on Friday evening and got stranded midway at various points along Jawaharlal Nehru road as the motorable stretch was blocked by snow," the Indian Army said in an official statement.

All of the stranded tourists, including women, children and elderly persons, were accomodated at the Army Campt at 17th Mile.

Besides, the Army also provided JCB and dozers for clearing snow and restoring the road connectivity.

As per the report, the evacuation process is still ongoing and will continue till all the stranded tourists are safely evacuated to Sikkim’s capital Gangtok.