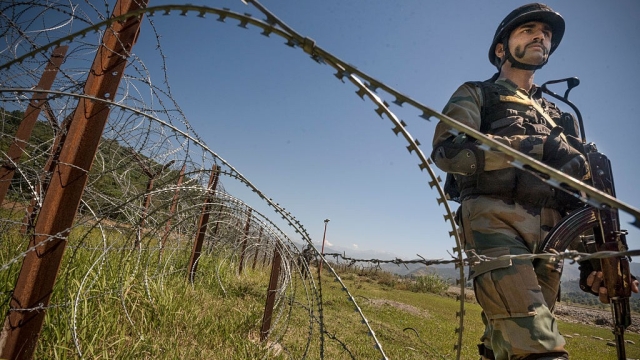 The Indian Army has foiled an attempt by terrorists from Pakistan-occupied Kashmir to smuggle war-like stores into India and seized arms and ammunition on the LoC in Karen Sector, officials said on Saturday (10 October).

"The Army noticed 2-3 men sending something in a tube tied to a rope across the Kishanganga river. Troops immediately reached the spot and seized four AK-74 rifles, eight magazines and 240 rounds."

The Army said that the area has been cordoned off and search was in progress.

“Our alert troops, using surveillance devices, caught a cache of arms being smuggled by Pakistan. This shows that the intentions of Pakistan are the same. We will continue to fight back their ill intentions in future also.” Lieutenant General B S Raju, GOC of Chinar Corps said, reports India Today.

Earlier last month, the Border Security Force (BSF) had foiled an attempt to smuggle weapons and narcotics from Pakistan on the international border Jammu's Arnia.