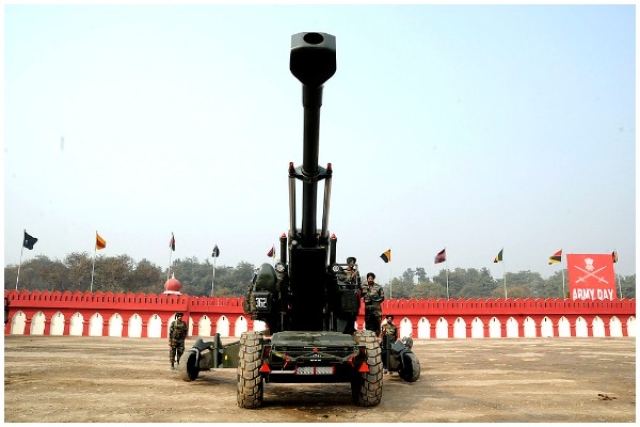 The Indian Army is readying its Bofors artilleries in the wake of the ongoing conflict with China at Ladakh, ANI has reported.

The reporters while visiting the maintenance facilities for the Swedish guns in the Union Territory witnessed the engineers employed in the armed forces extensively servicing the 155 mm howitzer.

The famed weapon is expected to be deployed in Ladakh thanks to its proficiency in firing at both low and high angles. The Bofors gun had proven to be extremely beneficial in the Kargil war of 1999 wherein it had played a key role in destroying Pakistani bunkers.

Lt Colonel Preeti Kanwar spoke about the servicing and maintenance of armaments to the ANI, “From a firing pin to engine assembly of a tank, Technical store groups job is to provide everything. This vehicle behind is mobile spares van, through this we provide components in the forward areas to repair technicians.”

Bofors is adept at firing at high-altitude areas as a result of which it is being prepared for deployment amid the tense situation at the Line of Actual Control (LAC) with China.