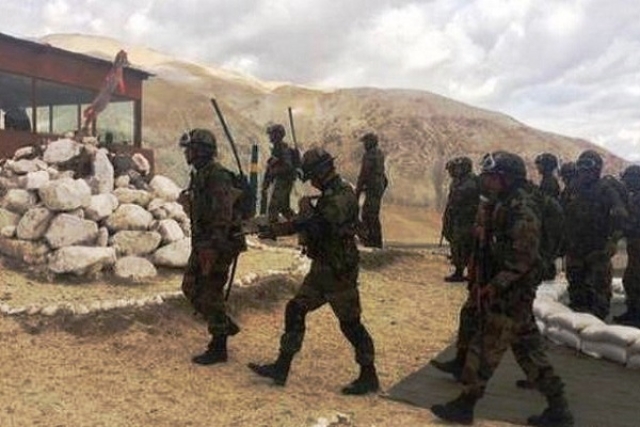 The Indian Army on Monday night (7 September) fired warning shots at the Chinese troops after the latter reportedly opened fire on the Indian positions which resulted in a limited exchange between the two armies, India Today has reported.

The incident reportedly happened near the south bank of Pangong Tso (Lake).

This statement by the Indian establishment comes after China accused India of opening fire on its troops and of also crossing the Line of Actual Control (LAC).

As per senior defence journalist Nitin Gokhale, China tried to make an advance towards the Mukhpari peak occupied by India. Noticing the Chinese troops the Indian soldiers fired warning shots in the air which forced the PLA to retreat.

Gokhale adds that India now controls the entire ridgeline from South Bank of Pangong Tso to Richin La. India had earlier warned China on 30 August that it will open fire if China tries to come up on the Indian positions.