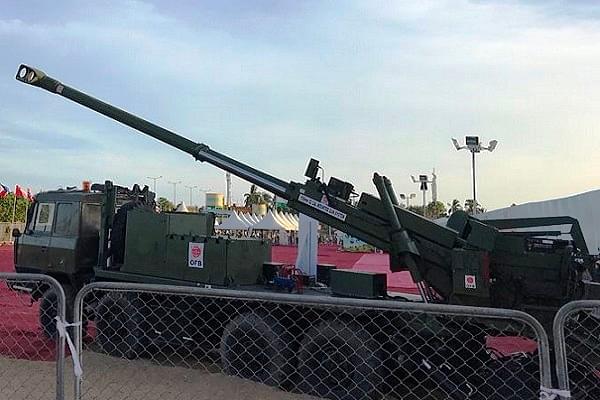 The Indian Army would induct four made-in-India Dhanush howitzers on 26 March, ANI has reported. These artillery guns have been designed and manufactured in India.

The guns would be inducted in the army following a ceremony at the ordinance factory in Jabalpur. The army has ordered a total of 110 such guns which would play a big role in modernising its artillery.

The design of Dhanush is based on the Bofors howitzer inducted back in the 1980s. The howitzer gun will fire a NATO 155mm ammunition and can be fitted with a bi-modular charge system (BMCS), thereby increasing its range.

The artillery gun had successfully completed its tests at Pokhran in June 2018.

As per a statement released by the Defence Acquisition Council (DAC) on 20 February, the gun is equipped with features like inertial navigation-based sighting system, an advanced day and night direct firing system, onboard ballistic computation and an auto laying facility.

It is also a self-propulsion unit which can be easily deployed in mountainous terrain, deserts and other testing locations.