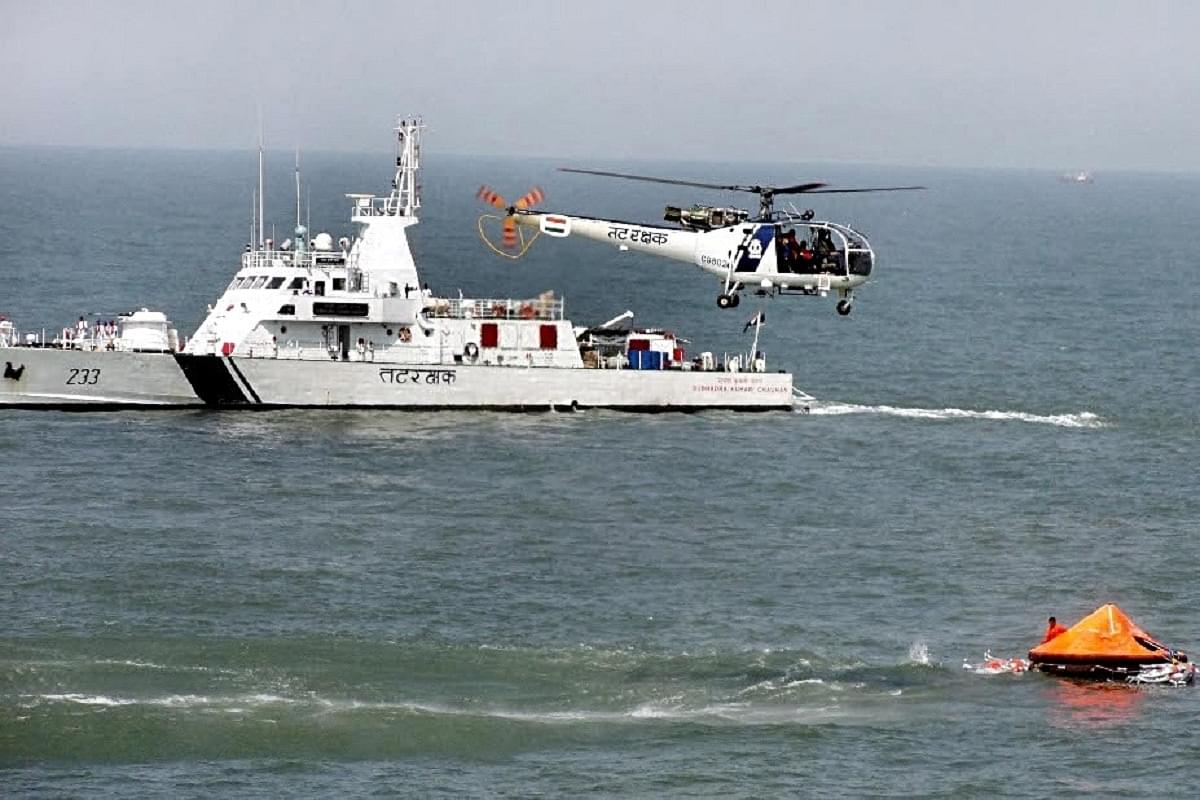 The Indian Coast Guard (ICG) on Monday night (13 September) rescued seven fishermen from a grounded boat that was about to sink off the coast of Vanak Bara in Diu.

Notably, the incident comes a day after ICG personnel rescued 11 fishermen after their boat suffered an engine failure in the Bay of Bengal reports Republic.

On receiving the distress call from Diu Administration, the ICG immediately responded and deployed indigenous Advanced Light Helicopter (ALH) Mk-III from Porbandar to conduct the rescue operation in pitch dark and inclement weather condition at Diu which is about 175 kilometres from Porbandar in Gujarat.

The statement from Ministry of Defence stated, "Braving gusty winds and rains, the ICG helicopter expeditiously reached the area. The dark hours combined with rough seas at the location compounded the difficulty, however, all seven crew were airlifted by the helicopter and brought to safe ground in two runs. The boat had lost its power due to machinery breakdown and was grounded off Vanak Bara in rough seas leading to the distress."

Highly qualified Coastguard Commandant Kunal Naik and Commandant (JG) Saurabh flew the aircraft for the rescue operation and displayed exemplary flying skills to manoeuvre the aircraft from low-lying clouds to reach the boat in stipulated time.