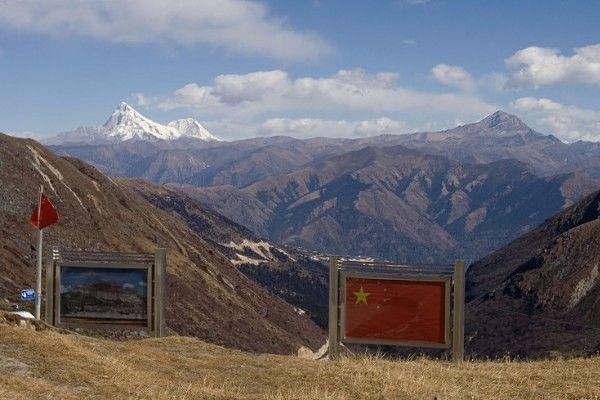 Picture of the Patola Palace, left, and the Chinese flag, on the Chinese side of the international border at Nathula Pass, in Sikkim. (Shayon Ghosh/Flickr)

A clash erupted between Indian and Chinese troops at the Naku La border at Sikkim three days ago after border patrol belonging to the People's Liberation Army (PLA) tried to cross the border intrude into Indian territory.

As per defence journalist Shiv Aroor, a brawl erupted between Indian and Chinese troops which resulted in several injuries on the Chinese side. Some Indian troops have also been injured.

This unilateral aggression by China comes at a time when the two countries are embroiled in a tense standoff along the Line of Actual Control (LAC) in Ladakh.

It has been reported that China has now broken the September pact between the two countries by strengthening troops positions in Eastern Ladakh. India as a result has mirrored the deployments.

This comes after China unilaterally attempted to change the status quo in the region last year after being allegedly spooked by India's rapid border infrastructure developments.

This unprovoked aggression boiled over into the China initiated Galwan clash where 20 Indian soldiers were martyred and China suffered over 40 casualties.