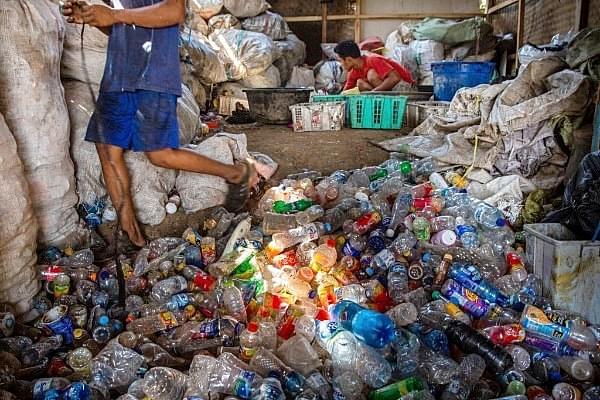 Indian Oil Corporation, the country’s largest PSU refiner and retailer, is about to complete a research that could throw up one of the biggest breakthroughs and help the government eliminate all single-use plastics from the country by 2022.

The company is finalising the research, undertaken over the past few years, for liquefaction of toxic plastics waste. It would mean that IOC could put systems at its refineries and petrochemical complexes to commercially produce oil from plastics waste.

"The initial research on plastic liquefaction has been encouraging. We now have to take this research to the proof stage, which will also help us develop processes for commercial extraction of oil from plastics waste," said an IOC official.

Since plastics are derived from petrochemicals, the idea of converting its waste back into oil by pyrolysing has been pursued globally. In fact, plastic-to-oil commercial production is on in countries, like China and Japan, where yield levels varies from 38-63 per cent. It means 38-62 tonnes of oil is produced using 100 tonnes of plastics as feedstock.

But for the process to get wider acceptance, the price of crude oil will be a critical factor. Crude oil below $60 a barrel would not support the high cost of plastics liquefaction and would negate investment in commercial scale plants. Moreover, the process will also have to work to reduce carbon emissions.

According to IOC chairman Sanjiv Singh, while liquefaction initiative is being pursued aggressively, the company is making other initiatives also to find a permanent solution for these toxic waste.

Among other measures, the company is looking at converting used cooking oil (UCO) to fatty acid methyl esters (FAME), which has fuel properties similar to crude-based diesel and hence called biodiesel. Thus UCO could also become a major source for production of biodiesel. The potential of biodiesel from UCO in India is estimated at 3.5 MMTPA.

IOC has also constructed 0.85 km of bituminous road paved with different concentrations of single-use plastics wastes at Faridabad as a pilot project. It has also introduced CRMB 55P -- special grade bitumen made with plastics waste -- and has issued expression of interest (EOI) for plastics wastes procurement.

In another breakthrough, IOC has been successful in developing soluble polybags made from single-use waste plastic for bitumen packaging. It eliminates the need to carry bitumen, used in road construction, in steel vessels.

Bitumen is packed in two-layered specially designed polybags -- one inner liner bag for filling and another outer (raffia) bag with handle for ease of handling. At the user's end, the outer bag is removed and bitumen along with the inner bags can be charged into the bitumen hot-mix plant.

During the bitumen melting process at the road construction site, the inner bag melts and homogenises with bitumen, which can be used in the same way as conventionally packed bitumen.