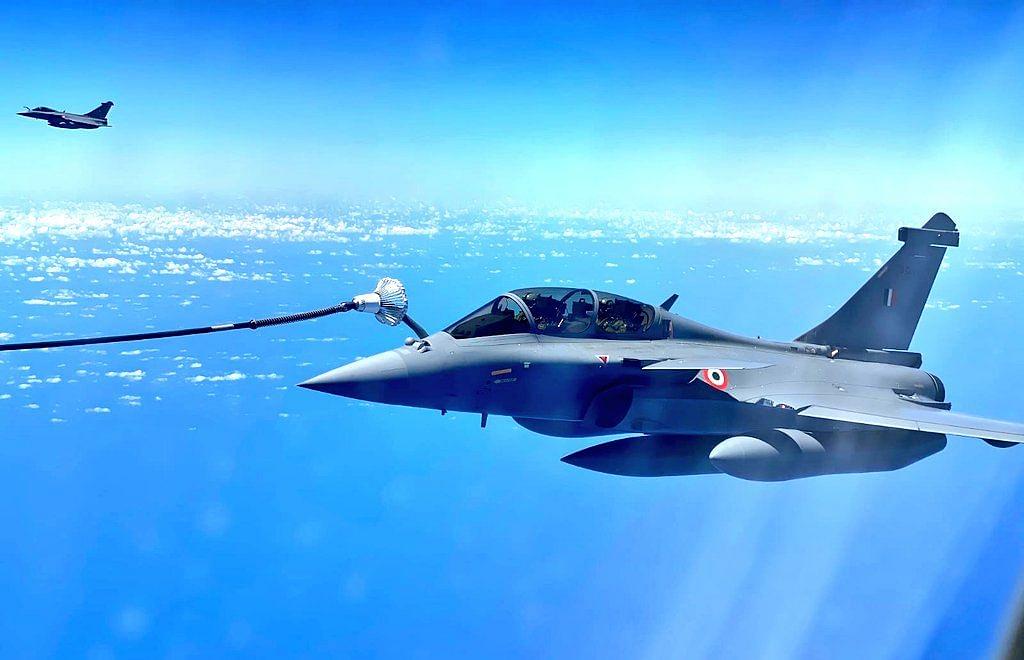 Indian Air Force (IAF)'s all-new Dassault Rafale fighter jets have begun to fly in the skies over the Ladakh region amidst the ongoing volatile situation along the Line of Actual Control (LAC) in the Eastern Ladakh territory, reports Times of India.

Having been officially inducted into service on 10 September in the presence of Raksha Mantri Rajnath Singh and French Defence Minister Florence Parly, the five omni-role fighter jets have already conducted some "familiarisation sorties" in the region over the recent days.

It should be noted that during their induction ceremony at the IAF's base at Ambala, Air Chief Marshal RKS Bhadauria had said that the fighter jets were "good to go and deliver" for the country. IAF Chief had then also said emphasised that the induction of Rafale fighter jets could not have come at a more opportune time given the security situation.

Meanwhile, it should be noted that even though the jets were inducted into service on 10 September, they had already arrived in India on 29 July. Since then, the jets were flown in several day and night sorties in different terrains, including the mountainous ones in Himachal Pradesh.