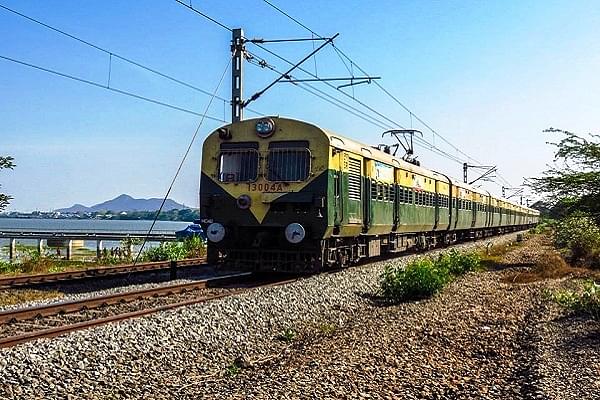 Indian Railways, the national transporter, has launched a MEMU train that will provide end-to-end connectivity to passengers travelling between Buxar and Varanasi, as reported by Financial Express (FE).

As per the report, this train has been introduced to facilitate pilgrims. The train will leave Buxar at 6.15 AM and reach Varanasi at 9.45 AM. This as per Minister of State for Railways Mohan Sinha, would give passengers enough time to take darshan at Kashi Vishwanath Temple and a dip in the Ganga. The train will leave for its return journey at 6.45 PM.

The new train, which is expected to ferry over 1500 passengers, will cover a total distance of 111 km between the two cities. En route, the train, which will have 16 coaches, will make stoppages at Chausa, Gahmar, Usiakhas Halt, Karahiya Halt, Bhadaura, Barakalan, Dildarnagar, Darauli, Zamania, Dheena, Sakaldiha, Deen Dayal Upadhyaya, Kuchman, Vyasnagar and Kashi.

In June 2018, the government had also launched a MEMU train along the Berhampur-Cuttack route, replacing the earlier passenger train.

To improve customer experience, Indian Railways has launched the ‘eDrishti’ application that will allow travellers to register complaints through the Real-time Monitoring System (RTMS). Thus, this will help the authorities to fix issues like unhygienic food, train delays etc.

Also, to improve safety and prevent accidents, the Indian Railways has eliminated 3,402 of the total 3,479 unmanned crossings in the country. The rest are expected to be removed by the end of the year.

Also Read: Indian Railways’ Finance Are In A Mess