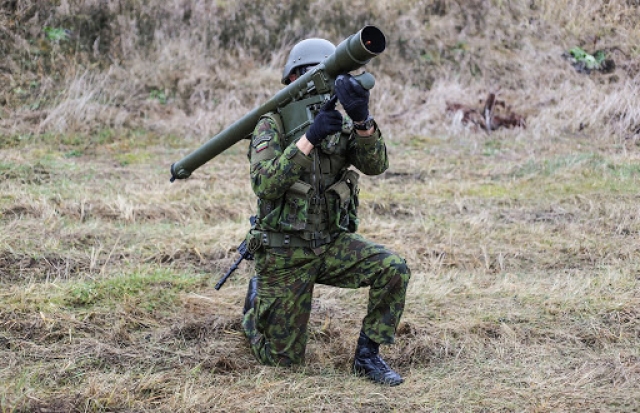 The Indian Armed Forces have deployed troops that are equipped with shoulder-fired air defence missiles at the crucial heights near the Line of Actual Control (LAC) in Eastern Ladakh, news agency ANI reported.

The development comes in the wake of increased activities by Chinese choppers close to the India-China border. Chinese hostilities in the region have kept the Indian forces on their toes as the months-long stand-off does not seem close to an end.

"Indian troops armed with the Russian-origin Igla air defence system have been deployed on the crucial heights along the border to take care of any enemy aircraft trying to violate the Indian air space there," sources were quoted as saying by news agency ANI in New Delhi.

The Russia-made air defence systems are capable of taking down an enemy fighter jet or helicopter if it comes close during hostilities. The missiles are used by both the Indian Army as well as the Indian Air Force (IAF).

Earlier, Chief of Defence Staff (CDS) of India General Bipin Rawat explicitly stated that a military option to push back the Chinese transgressors from the eastern Ladakh territory is on the table.

CDS Rawat, however, added that the military option is on the table and will be only exercised if the talks between the armies of the two nations and the diplomats do not result into the restoration of status quo ante along the LAC.

CDS Rawat said, "Transgressions along the LAC occur due to differing perceptions about its alignment. Defence services are tasked to monitor and carry out surveillance and prevent such transgressions turning into intrusions. Whole of government approach is adopted to peacefully resolve any such activity and prevent intrusions. Defence services always remain prepared for military actions should all efforts to restore status quo along the LAC do not succeed."

India has also increased its surveillance in the region by deploying radars and surface to air missile systems to check any Chinese movement near the border.

The armed forces remain heavily deployed in the region to match the strength of Chinese People’s Liberation Army (PLA) troopers in terms of both, men and machine.