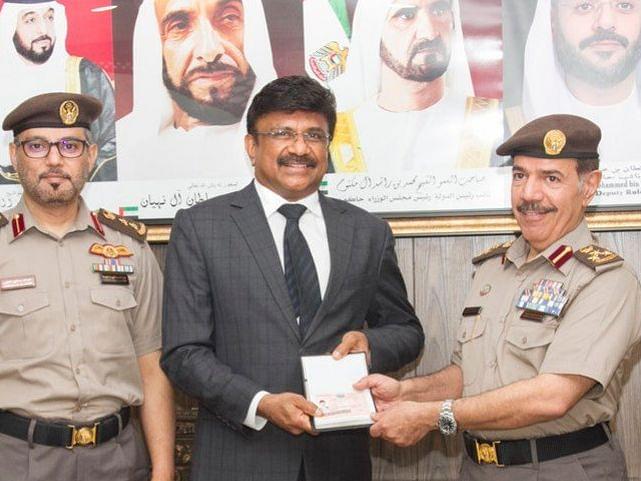 Indian expat and chairman of Kingston Holdings has become the first expat investor to receive the country’s ‘Golden Card’ or permanent residency, Gulf News has reported.

Hailing from Kerala, Samuel is a member of the Board of Trustees of Sharjah Chamber of Commerce and Industry and a Board Member of the Indian Business & Professional Council in Sharjah. He was handed UAE’s first permanent residency by Brigadier Arif Al Shamsi, director-general of residency and foreigners affairs in Sharjah.

The long term visa scheme is part of the UAE’s push for boosting foreign investment and attracting talent unlike the usual 5-10 year visas issued by the country.

Another Indian businessman, Kerala-born Dr P A Ibrahim Haji of the Malabar Jewellery group also received his golden card. He also heads the PACE group of educational institutions which comprises of several schools and higher education facilities in India and abroad.

"The best thing about the permanent residency initiative is that it benefits investors and residents alike. It is definitely going to bring a lot of investors to the UAE as a result," Haji said, speaking on the development.