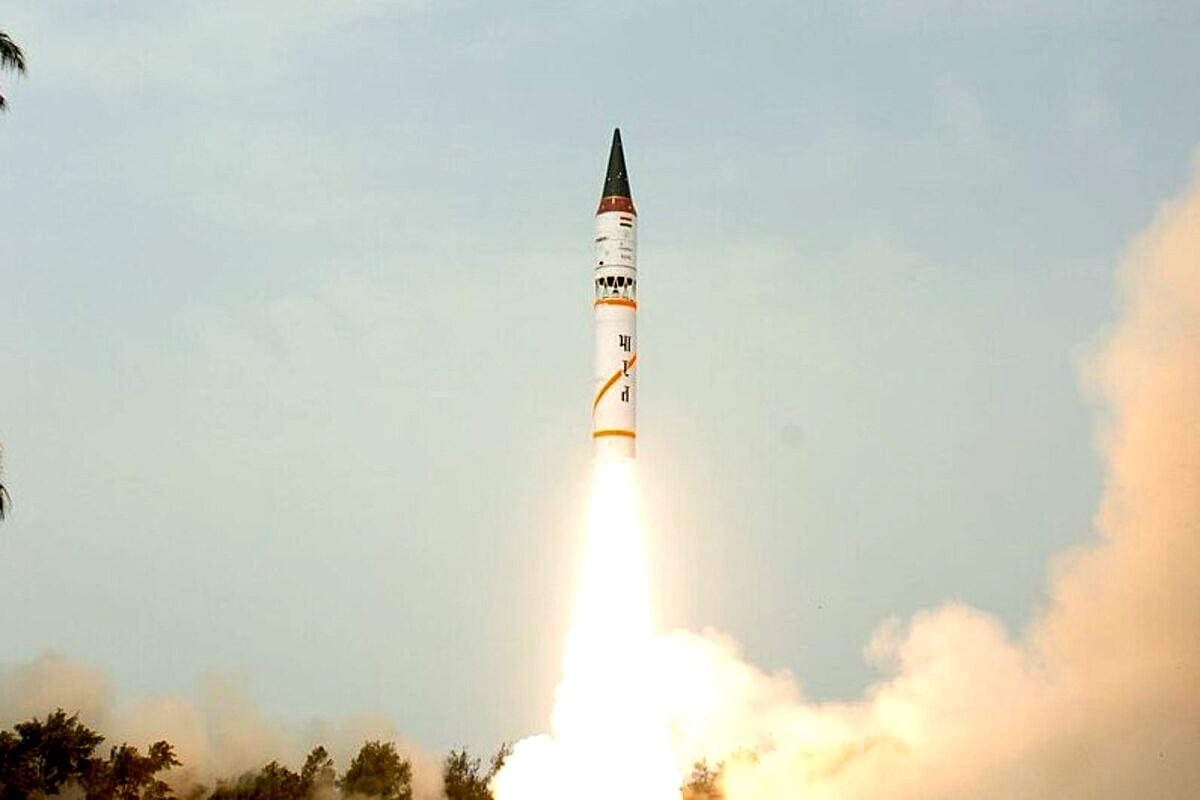 The Agni-III launched from Wheeler Island in May 2008.

The Strategic Forces Command, responsible for managing India's nuclear weapons as part of the Nuclear Command Authority, has successfully tested an Agni-III ballistic missile from the APJ Abdul Kalam Island (formerly known as Wheeler Island) off the coast of Odisha.

The missile has a strike range of 3,000 to 5,000 km and is capable of carrying both conventional and nuclear warheads.

"The successful test was part of routine user training launches carried out under the aegis of the Strategic Forces Command. The launch was carried out for a predetermined range and validated all operational parameters of the system", the Ministry of Defence said in a statement.

The missile is powered by a two-stage solid propellant system. The missile has a length of 17 metres and a diameter of 2 metres. Its launch weight is around 50 tonnes. It can carry a warhead of 1.5 tonnes, which is protected by carbon all composite heat shield.

The sleek missile, already inducted into the armed forces, is equipped with hybrid navigation, guidance and control systems, and advanced onboard computer, the Defence Research and Development Organisation has said in the past.