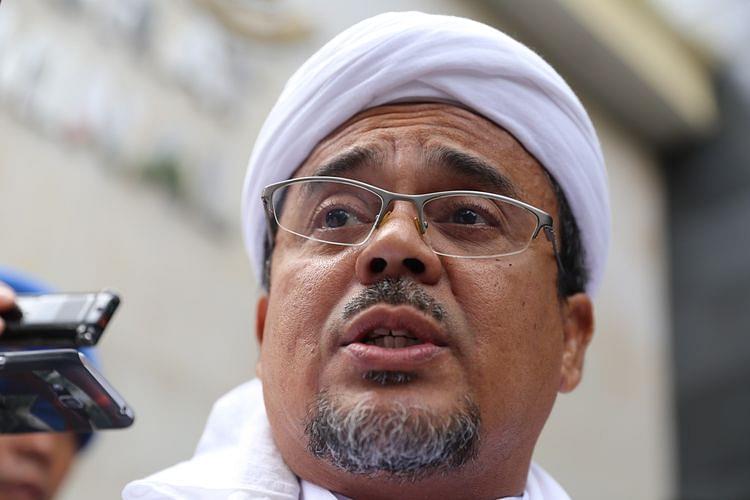 Rizieq Shihab, the radical Islamic cleric and leader of the Islam Defenders Front (FPI)in Indonesia, was arrested by Jakarta police on Saturday after undergoing questioning in a case pertaining to the alleged breach of COVID-19 restrictions by holding a series of sermons with tens of thousands of followers, The Jakarta Post reported.

Rizieq Shihab will be detained for 20 days to prevent him from fleeing and destroying evidence, Jakarta police said. If found guilty, he could face six years behind bars for breaching coronavirus rules.

Rizieq Shihab, who has emerged as President Joko Widodo’s most formidable foe, wields enormous influence in Indonesia, advocating a return to ultra-conservative, puritanical Islam. His Islamic Defenders Front has earned notoriety for targeting the LGBT community as well as all sorts of ethnic and religious minorities. He has called for Indonesia to strictly enforce Shariah law.

Jakarta Police named Rizieq Shihab a suspect last week for allegedly breaching COVID-19 protocols by hosting events that pulled in thousands of people last month after his return from self-exile in Saudi Arabia. Rizieq Shihab had fled to Saudi Arabia soon after police named him a suspect in a pornography case in 2017, and remained in exile for three years.

Tens of thousands of Rizieq Shihab’s supporters, defying coronavirus restriction, assembled at the Soekarno-Hatta Airport in Jakarta to welcome him on his return from Riyadh on Nov 10. His followers clogged the main highway and forced the delay or cancellation of dozens of flights. Soon after,. Rizieq invited 10,000 guests to his daughter’s wedding.

Rizieq Shihab ’s arrest came just days after Jakarta police shot dead six followers of his hardline Islamist group in a shoot-out on the Jakarta-Cikampek toll road in the early hours of Dec 6.

iN 2016, Rizieq Shihab played a key role in the ouster of the then governor of Jakarta, Basuki Tjahaja Purnama, over allegations that he insulted the Koran. He organised several rallies demanding the arrest of the governor. Basuki, who is Christian, was sentenced to two years in prison for blasphemy.