Infiltration Addiction: BSF Unearths Tunnel Being Dug From Pakistan Side In Jammu 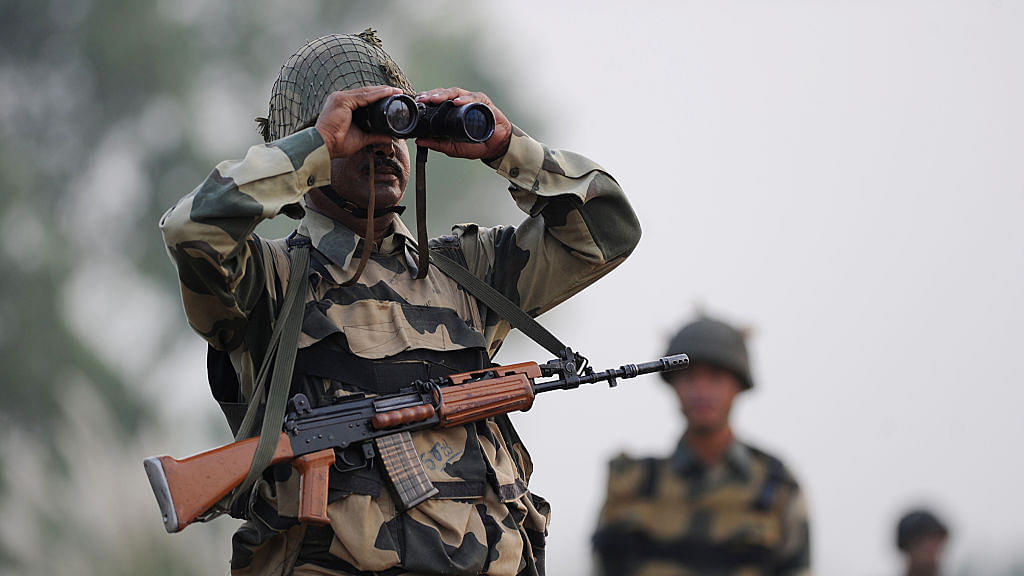 Indian Border Security Force (BSF) soldier looks through a binocular towards Pakistan during a patrol at the India-Pakistan border in R.S Pora, southwest of Jammu (TAUSEEF MUSTAFA/AFP/Getty Images)

The Border Security Force (BSF) today unearthed a 14-feet long tunnel, which was being dug from the Pakistani side along the international border and recovered “war-like” store in Arnia sector here, officials said.

“An under-construction tunnel was found during sanitisation operation along the international border between Vikram and Patel posts near Damana,” the officials said.

The tunnel was 14-feet long when it was detected by the alert troops, the officials said, adding “war-like” store was recovered during the search of the tunnel indicating the presence of armed infiltrators who, however, managed to flee back.

The officials said a special drive for the detection of tunnels was launched all along the international border in the wake of recent cross-border shelling by Pakistan which left a jawan and a woman dead and scores of civilians injured.