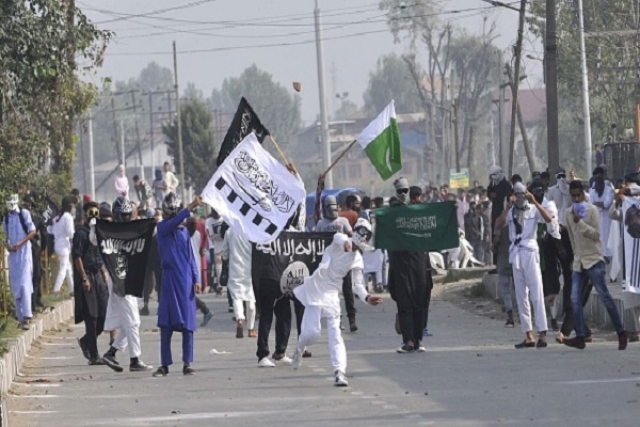 Injured CRPF jawans were attacked by stone pelters following the Pulwama terror attack which claimed the lives of 38 soldiers.

As per journalist Gaurav Savant, CRPF jawans present in the convoy rushed out of their vehicles after the IED attack and formed a protective cordon around the blast site.

They added that it was done to protect the injured jawans from stone pelting which began following the suicide attack. The jawans also spoke about how angry they were after the attack and their intention to target terrorists.

A massive blast & the earth shook. We rushed out of our vehicles & formed a protective cordon around injured comrades as there was some stone pelting. We were not scared but very angry: @crpfindia personnel a part of the convoy tell me on @IndiaToday. Their aim: target terrorists pic.twitter.com/N9bZwRDOcl

It was reported that a CRPF bus part of a 78 vehicle strong convoy moving from Jammu to Srinagar was rammed by an IED laden SUV in an Islamist suicide terror attack.

Intelligence reports have claimed that Azhar’s nephew Mohammed Umair is the prime suspect behind the attack.

Umair is the son of Azhar’s elder brother Athar Ibrahim. He is believed to be currently operating in the Pulwama area in South Kashmir after having undergone terrorist training in Afghanistan.