Islamists At An Urdu Fest Manhandle And Abuse Tarek Fatah, Make Him Leave 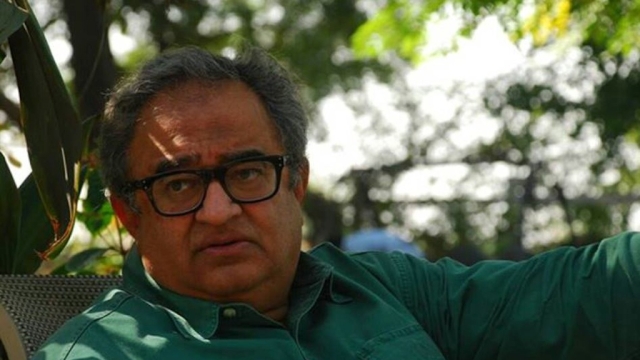 A young Islamist crowd at Rekhta, an urdu festival, manhandled and abused well known author and critic of radical strain of Islam, Tarek Fatah. He was forced to leave the venue by 20-year somethings shouting slogans and hurling abuses.

After the incident came to light, tweets in support of Indophile Fatah and against the violent extremism displayed by the crowd at Rekhta flooded the mentions of the official handle of the organisers of the event, asking for an explanation.

Fatah tweeted a photo surrounded by Islamist mob ready to pounce on him.

I'm happy, as a 67-yr-old I was able to confront 20-yr-old #Urdu jihadis, Hundred-Howling-Hyenas let loose on me by @Rekhta @ #JashneRekhta pic.twitter.com/cFwyH6EI3w

While the incident got many worried that a person cannot air his views freely in the heart of India’s capital, news anchors were worried that Fatah will get to hog some media limelight. Just like after every terrorist attack by radical Islamists, they are more worried about rise of Islamophobia than the actual victims of such attacks.

@shamimzakaria @RifatJawaid and I'm sure he's going to milk it for all it's worth :/

A video was also posted by one self-styled journalist and wannabe author who couldn’t hide his glee at the uncivilised treatment meted out to Fateh.

This is not a new experience for Tarek Fatah. He has faced such situations before too. He regularly finds himself at the receiving end of Islamists’ anger for criticising their violent doctrine of hate.