“It Is A Call From Lord Shiva, A Divine Blessing”: EAM Jaishankar Flags Off Kailash Mansarovar Yatra Via Lipulekh 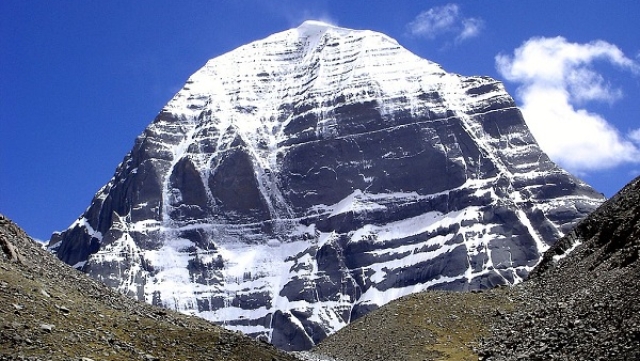 The Kailash Mansarovar yatra from the Lipulekh route, Uttarakhand has commenced from Wednesday (12 June) after the External Affairs Minister (EAM) S Jaishankar flagged off the first batch of Yatris for the holy pilgrimage to Lord Shiva’s abode.

The Ministry of External Affairs, which organises the holy pilgrimage from June to September, had received 2,996 applications for the 2019 Kailash Mansarovar Yatra. Of these applications, 2,256 were by male applicants and 740 by female applicants, reports India Today.

While announcing the commencement of Yatra in Delhi, the EAM said that all those who have been selected for the yatra are really blessed to be participating in this "divine expedition".

"It is a call from Lord Shiva, and you are privileged that this divine blessing has been accorded to you," the EAM said.

The yatra, undertaken by hundreds of people every year, is organised by the MEA through two different routes - Lipulekh Pass (Uttarakhand) and Nathu La Pass (Sikkim).

As per the report, there will be 18 batches with 60 pilgrims each going from Lipulekh route while 10 batches with 50 yatris each will go through the Nathu La route.

The yatra is organised with the cooperation of the Indo-Tibetan Border Police. The Kumaon Mandal Vikas Nigam, Sikkim Tourism Development Corporation and their associated organisations provide logistical support and facilities for the pilgrims in India.