It’s Going To Get Costlier To Book A Pandit Online: Facilitation Of Pujas To Attract GST In Maharashtra 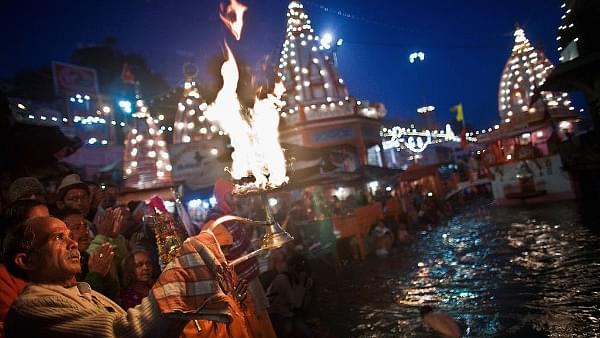 A Hindu priest performs the morning Ganga Arti Puja before sunrise on the banks of the Ganges river in Haridwar. (Representative Image) (Daniel Berehulak/Getty Images)

Maharashtra’s Authority for Advance Ruling (AAR-MAHA) will now consider facilitation of pujas and ceremonies as ‘services’ that will be taxed under the Goods and Services Tax (GST) regime, The Hindu BusinessLine has reported. Further, if the facilitation is done through an online website, the operator has to be registered as an e-commerce entity according to the authority.

The ruling was delivered in response to Sadashiv A Shete’s petition asking whether his business of facilitating pujas, ceremonies and abhisheks were taxable before the tax authority.

Serial Number 13 of Notification Number 12/2017, Central Tax (Rate) dated 28 June 2017 has exempted conduct of any religious ceremony and renting of precincts of a religious place meant for the general public, owned or managed by the charitable or religious trust from paying GST.

However, the authority noted that the person (Shete) was not performing any puja and the pandits engaged by him were not his employees. It noted that he was acting as an agent between pandits and the person who wants their services. It also added that the petitioner was liable to pay GST for the commission received.

Harpreet Singh, Partner in KPMG opined that ‘facilitation of services’ is a ‘service’ by itself and thus the order by Maharashtra authority was correct. This means GST exemption on any service does not necessarily mean that its facilitation would be exempted from paying the tax.