Jammu: 168 Rohingyas Shifted To Sub-Jail In Kathua For Illegally Staying In India 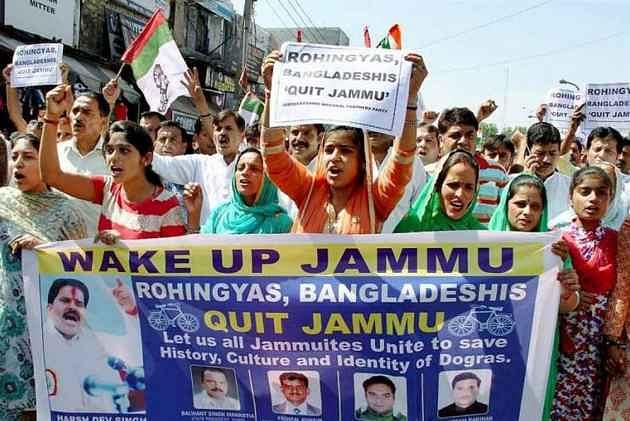 The Jammu and Kashmir (J&K) administration placed 168 Rohingyas illegally residing in Jammu in Hiranagar sub-jail in Kathua under the Foreigners Act.

One of the notifications from the Home Department on Friday directed to establish holding centres with capacity of 250 people under section 3(2)e of the Foreigners Act.

One of the senior government officials mentioned that the concerned 168 immigrants did not have a valid passport according to section (3) of the Passports Act. He told Indian Express, “After sending them to the holding centres, nationality verification will be done as per the prescribed process.”

Thereafter, the procedure to deport these individuals will kick off. The refugees were brought to the sub-jail from Jammu in buses. The sub-jail was formed a week ago to detain Rohingyas who are staying illegally in the country.

Moreover, every prisoner and undertrials lodged there were shifted to other jails prior to this process. A senior police official reportedly told that all the concerned refugees were living in Jammu and Kashmir without any valid documents to their name.