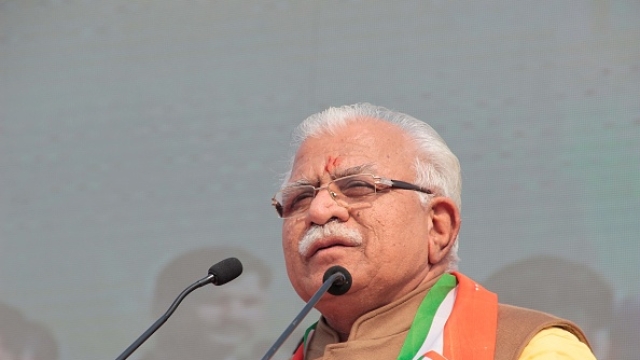 The Jat community, which is set to launch an agitation across Delhi-NCR demanding reservation in government jobs, schools and colleges, has confirmed they would meet Haryana Chief Minister Manohar Lal Khattar today.

The development comes hours after Khattar urged protestors to meet him and other ministers ahead of the agitation. Jat leader Yashpal Malik has confirmed the scheduled meeting with the Chief Minister at 12 p.m. today. Earlier today, Khattar said the government was serious about the issues of the Jat community and assured them of resolving the issue soon.

“On March 16, a meeting took place between the (jat) agitators and the government officials, during that some confusion emerged. The government is serious about the agitators’ concern. It is our foremost duty to uphold peace and fraternity in the state. We are committed to resolve this issue,” Khattar said. “Hence, I, along with other ministers, urge the agitating people to come to the Haryana Bhawan at 12 p.m. today and talk to us. I and (Minister of State for Law and Justice) P. P. Choudhary along with other ministers will be waiting. We all believe in 'Haryana eik and Haryanvi eik' and uphold the welfare of the state,” he added.

On 16 March, senior Haryana government minister Ram Bilas Sharma had met Jat leaders in Panipat and had agreed to meet various demands of the community. On 17 March, Jat leaders came to Delhi for a final round of talks with CM Khattar and a joint press conference was to be held but when they reached Delhi, they were told Khattar had already left for Chandigarh. Taking the snub as an insult and non-seriousness on part of the government, the leaders decided to call off talks with the government. Later, Khattar feigned ignorance about any such meeting. But now, gauging the seriousness of the protests, he has invited the leaders who have agreed to come.

Meanwhile, a total of 124 paramilitary companies have been deployed for the agitation in Haryana tomorrow. The Delhi Police has issued a traffic advisory to the people in view of the agitation. The Delhi Metro Rail Corporation (DMRC) will also suspend its train services to and from all stations outside Delhi from 11.30 p.m. on Sunday.

If CM Khattar had held this meeting two days ago which Jat leaders say his government had agreed to, so much inconvenience to the general public and crores of monetary loss to the exchequer could’ve been avoided. The opposition leaders have again started raising doubts over Khattar’s administrative capabilities.