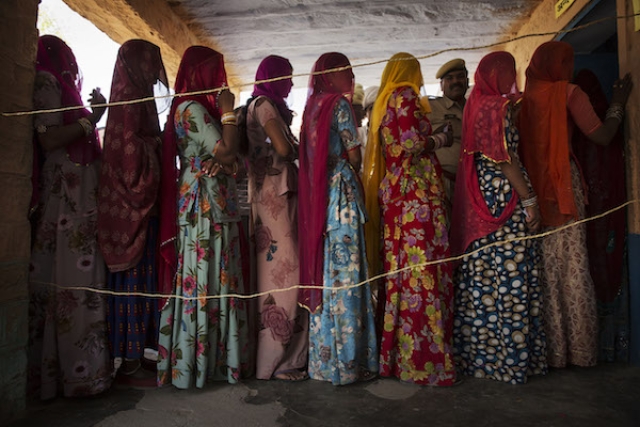 Jharkhand recorded around 62 per cent voting for 17 seats which went to the polls in the third phase of assembly elections on Thursday (12 December).

According to Election Commission data, the state recorded 61.93 per cent polling in the third phase. The highest polling was recorded in Silli at 76.98 per cent, while the lowest was in Ranchi at 49.1 per cent.

The voting began at 7 am and ended at 3 pm on 12 seats and on five seats -- Ranchi, Hatia, Kanke, Ramgarh and Barkatha -- polling ended at 5 pm.

The fate of 309 candidates, including 32 females, will be decided by 56,06,743 voters in the third phase. The 17 seats are spread across Ranchi, Hazaribagh, Chatra, Giridih, Bokaro, Koderma and Saraikela.

More than 35,000 security personnel were deployed to ensure peaceful polling.

Of the 17 seats, BJP, JMM, and Congress had won 10, three and two seats, respectively, in the 2014 Assembly elections.

There is a direct fight between the BJP, the Congressm and the JMM on seven seats. In Silli, the fight is between AJSU president Sudesh Mahto and sitting JMM legislator Seema Devi. There is a triangular fight on six seats.