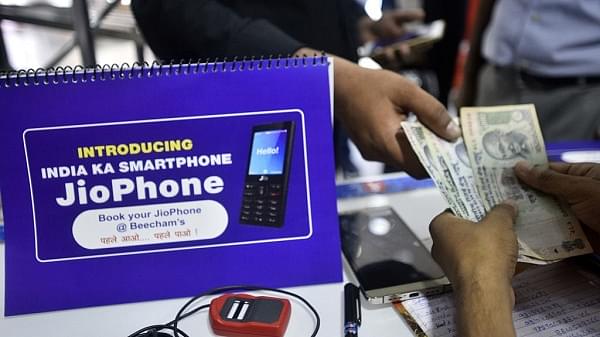 Reliance Jio Infocomm, which became a cell phone service provider in September 2016, has often been referred to as a disrupter in the industry. This is due to their aggressive pricing strategy that prompted consolidation in the industry, and led to the opening up of mobile internet to low-income earners residing in rural India.

Customers who want a handset have to deposit Rs 1,500 and agree to a three-year-lock-in period as the handset is not for sale. The deposit can be reclaimed once the time-frame is up and the phone has been returned.

The phone looks like a conventional feature phone with a few features of a smartphone such as a large screen and 4G connectivity. The fourth-generation speeds allow users to watch TV shows and YouTube videos as well as make video calls.

Reliance Jio Infocomm offers three prepaid data plans which last for 28 days and are inclusive of free voice calls- 14 GB for 99 rupees, 42 GB for 153 rupees and 1 GB for 49 rupees.

"As many as 500 million Indians still use feature phones [and] cannot use the internet. ... Our purpose is to accelerate the Digital Revolution in India with the extreme affordability of the Jio Phone," said Mukesh Ambani, chairman and managing director of Reliance Industries, as per the report.