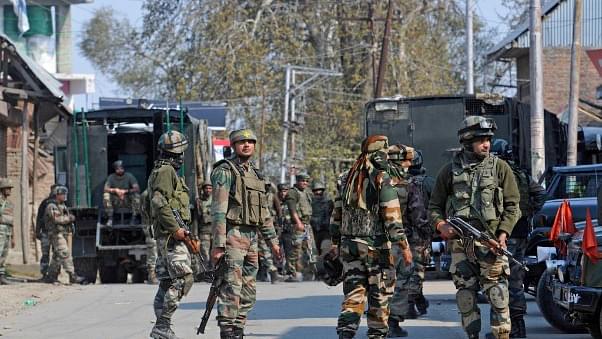 Eight civilians were injured on Saturday (2 January) in a terrorist grenade attack in J&K's Pulwama district.

Police said the terrorists tossed a grenade towards a party of the security forces at a bus stand in Tral town.

"The grenade missed its target and exploded on the road.

"Eight civilians sustained injuries in the explosion. They were shifted to hospital for treatment. Doctors said all of them are out of danger," police said.

The area was immediately cordoned off for searches to trace the terrorists.

Earlier on Thursday (31 December), terrorists shot dead a Srinagar based 70-years-old jeweller from Punjab who had recently received a domicile certificate after having lived in J&K for four decades.

Claiming responsibility of the attack in a statement shared over Facebook, The Resistance Front, a frontal outfit of Pakistan-backed terrorist organization Lashkar-e-Taiba, asserted that the new domicile law was 'unacceptable' and that it would treat all other than the indigenous Kashmiris who acquire property in J&K as 'occupiers'. The terror outfit went on to assert, "More to come."