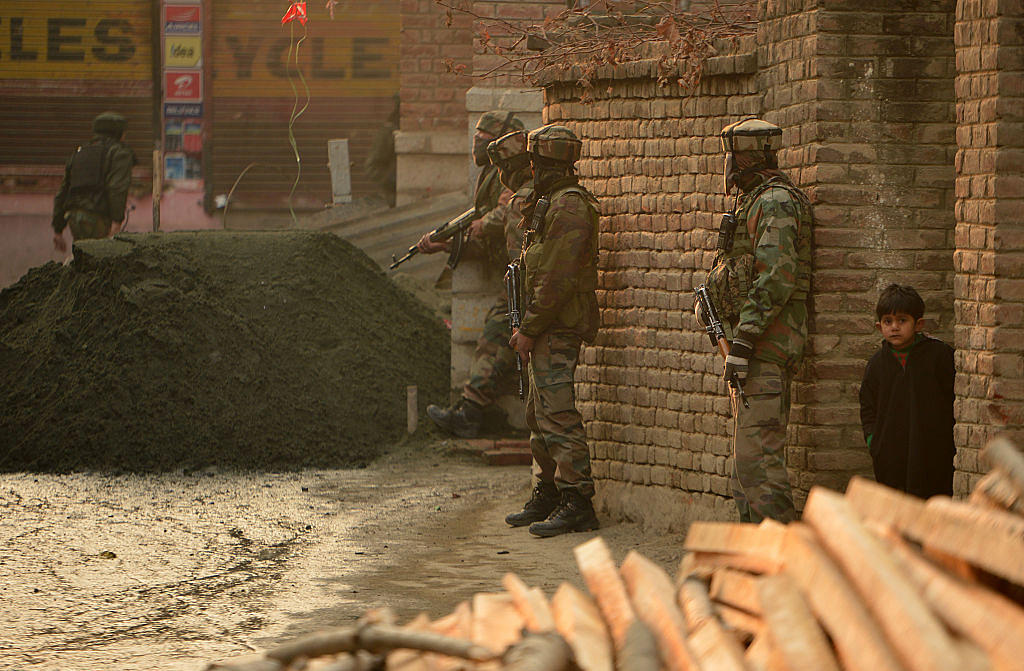 Eleven terrorists were killed and two Army jawans martyred in three separate encounters in Anantnag and Shopian districts of South Kashmir on Sunday.

The terrorists belong to two different outfits - Hizbul Mujahideen and Lashkar-e-Taiba. While seven of these were killed in Dragad area of Shopian, one was killed and another was captured alive in Anantnag district of the state.

Two army personnel were killed during the gunbattle in Dragad.

Two civilians were also killed and a number of security personnel were injured during the operations. While two encounters are reportedly over, one is still ongoing.

According to Director General of Jammu and Kashmir Police S P Vaid, seven terrorists killed in Dragad were locals and their bodies have been claimed by their families.

Two terrorists among those killed today were involved in the killing of Indian Army Lieutenant Ummer Fayaz. The 22-year-old officer was abducted by terrorists while attending a cousin's wedding in Shopian district in May last year and his bullet-riddled body was found in the area the next day.

Protests broke out in some areas following the encounters. The authorities have suspended internet services in South Kashmir.