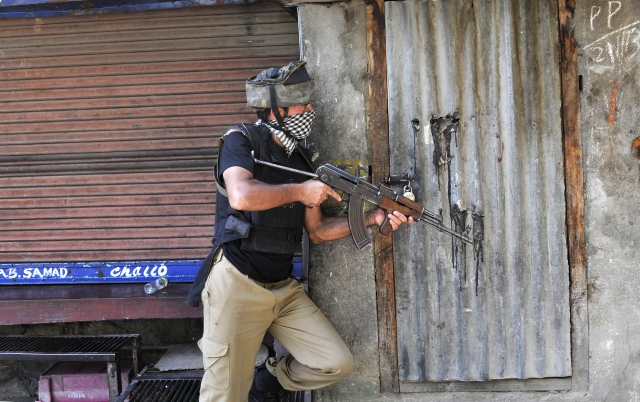 The Jammu and Kashmir (J&K) police on Sunday (6 October) successfully busted the third member of a newly formed module of the Pakistan-based and backed Jaish-e-Mohammad (JeM), seizing arms and ammunition in large numbers, reports The Hindu.

Identified as Mohsin Mansoor Salhea, the JeM terrorist was arrested from Baramulla in the Kashmir Valley after one of the members of the new unit of JeM was killed in an encounter with the security forces post the abrogation of Article 370, and another was nabbed by the police on 27 August.

The police has claimed that the three terrorists were working on a major terror attack targeting security forces and other civilians and that with the members of the module having been caught or neutralised, the plot has been 'smashed'.

It should be noted that days after the abrogation of Article 370, during the encounter with the first of the three JeM terrorists of the aforementioned module, one police officer, SPO Bilal Bhat had attained martyrdom, while another sub-inspector Amardeep had been seriously injured.