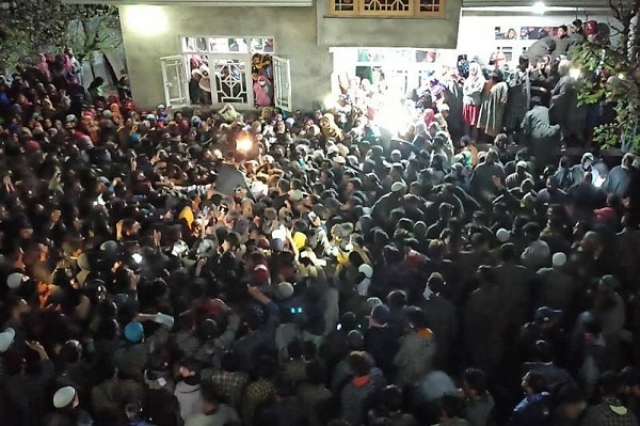 Several people were arrested during raids by police for attending the last rites of a militant in Sopore.

Police said several people have been arrested for defying the lockdown restrictions by attending the funeral of a slain militant in Zaingeer area of Sopore.

A 23-year-old commander of the terrorist organisation Jaish-e-Mohammed was killed by security forces in an encounter on Wednesday (8 April) in Sopore area of Baramulla district of Jammu and Kashmir.

The police handed over the terrorist’s body to the kins and advised them to follow the covid-19 lockdown guidelines and stay indoors. The family gave in writing that they will adhere to social distancing norms.

However, in a complete violation of orders, around four hundred residents of Sopore’s Zaingeer village gathered at his funeral. They were later dispersed by the police.

Police had lodged an FIR after scores of people attended the funeral of the slain militant on Wednesday.

The FIR said those defying the lockdown by attending the funeral procession had not only violated the rules, but had also endangered the lives of the entire population in the area.