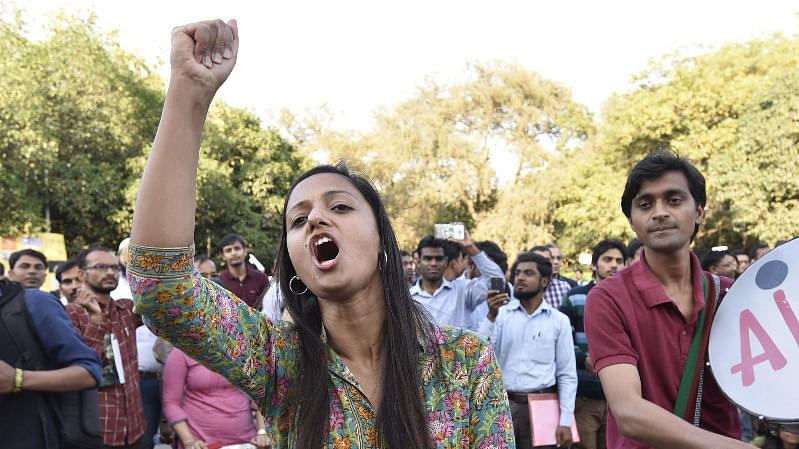 The Jawaharlal Nehru University (JNU) administration has asked controversial left-wing activist Shehla Rashid to appear for a proctoral inquiry over her claims on Twitter about "internet censorship" on the campus, a move termed unprecedented by her and other student leaders.

Rashid, a former JNU students' union vice president, said on Thursday (14 December) that she would not appear before the proctor on 19 December as the varsity administration "does not have a jurisdiction over" her tweets. This was "probably the first notice" anyone had received for social media posts, she added.

She also posted an image of the notice from the office of the chief proctor, dated 7 December, on Twitter. She said she received the notice by email yesterday.

"A complaint dated 23.11.2017 against you, has been received in the Chief Proctor Office... It has been alleged that you were claiming on social media site (Twitter) regarding content blocking on the JNU Campus Wi-Fi.”

"You are directed to appear for the hearing before the Proctor on 19th December...to explain your position," according to the notice.

"I have decided not to argue with them on the merits of the case, but on the grounds of purview," she said, adding that she would send a written representation.

Backing Rashid, the left-dominated JNU Students' Union said in a statement it "condemns this act of punishing dissenters and whistle-blowers by the VC through the office of Proctor".

Left-wing student leader have supported Rashid’s allegation and said the action against her was unprecedented. Some other students have, however, said that Rashid’s tweet on censorship in JNU was misleading.