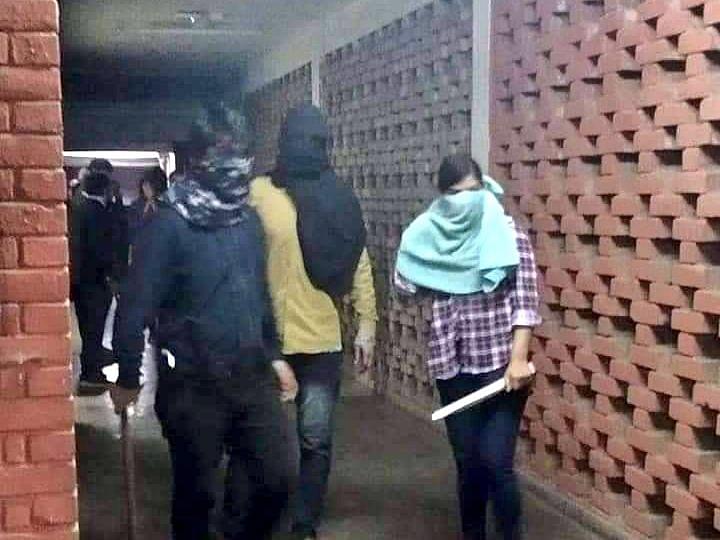 The Delhi Police Crime Branch has begun a probe into Sunday's (5 January) violence in JNU after the Union Home Ministry on Monday asked for a detailed report from Delhi Lieutenant Governor Anil Baijal.

Delhi Police Crime Branch has formed nine teams to ascertain the perpetrators behind the attack.

According to sources in Delhi Police, the Crime Branch has taken all the CCTV footage under its custody as it begins investigation. This was confirmed by the a top Delhi Police officer, who did not wish to be named.

A Delhi Police officer told IANS, "we have seen the FIR filed in Vasant Kunj police station. Nobody has been named in the FIR. Names will be added later as per the investigation."

The police is seeking answers to the big questions - Who were the attackers? Were they outsiders or from within the campus? As the attackers were wearing masks how could they get into the campus if they were from nearby areas such as Kishangarh and Humayunpur?

The Crime Branch has also come to know that the district police PCR vans were deployed in the area long before the mob attack took place on Sunday evening.

The police is also investigating if the JNU administration dilly dallied in calling the police.

According to a source in Crime Branch, "All the gates of the JNU are manned by security personnel. No outsider can get into the campus without permission. Then how armed masked men got into the campus - is also a big question we are investigating."

"CCTV footage will greatly help to identify the goons even though their faces were covered with masks. The police can get the sketches made on the basis of their body forms, dresses, etc... The police has already identified one assailant, a girl, who was seen in the CCTV footage earlier in the day, and was also present in the campus, masked, during the violence," said a source.

According to a top Delhi Police officer, "The police is also investigating how the lights went off in the campus during the mob attack. Was it cut by the electricity department? Or was there a conspiracy behind it? If the power was cut by the attackers, the police will have a tough time until the real culprit is caught."

According to reports, 50-odd goons entered the JNU campus around 6.30pm on Sunday and beat up students and professors, leaving at least 37 injured.

The scale of the attack was so intense that according to a DCP-level officer, "more than 100 calls were made to the police control room on Sunday evening, in which people begged for their life as the attackers went on the rampage."