Jodhpur Judged As The Cleanest Railway Station In The Country, Jaipur and Tirupati Bag Second And Third Spot 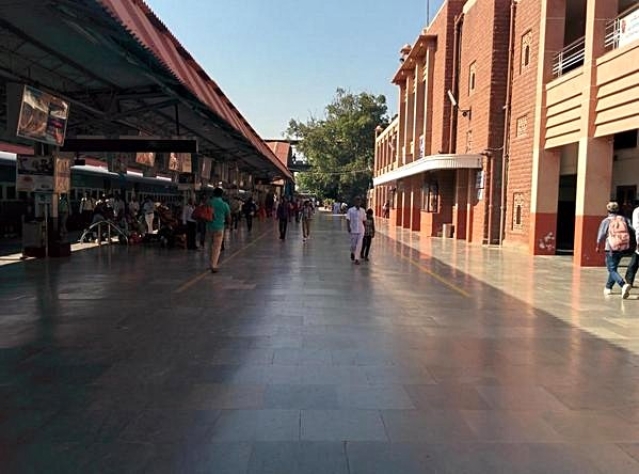 Jodhpur has emerged as the cleanest railway station in the country in the recently released Railway Cleanliness Survey [PDF], Indian Express has reported. Jaipur and Tirupati have taken the second and third spots.

The survey was conducted by Quality Council Of India (QCI) which judged 407 A1 and A rated Railway stations. The stations which generate an annual revenue of more than Rs 50 crore are rated as ‘A1’, while those generating between Rs 6 crore and Rs 50 crore come under the ‘A’ category.

The ranks are calculated based on evaluation by assessors, passenger feedback, and direct observation. Each of the above parameters is given 33.33 per cent weight-age in the overall score. QCI thus judged various station facilities like waiting rooms, platforms, toilets, railway tracks, foot-overbridges and parking lot.

The report said that more than 70 per cent of stations got a score of more than 700 out of 1000. Further, it added that score of A1 and A rated stations has increased by 17.6 per cent.

Railway Minister Piyush Goyal who was present at the report’s release was quoted as saying that, "The Swachh Bharat Abhiyan launched by the Prime Minister Narendra Modi encouraged the Railway Ministry to prioritise cleanliness in stations across India. In last four years, the Swachh Rail Swachh Bharat campaign has witnessed tremendous improvement in terms of cleanliness standards in platforms, trains, toilets, and trains”.