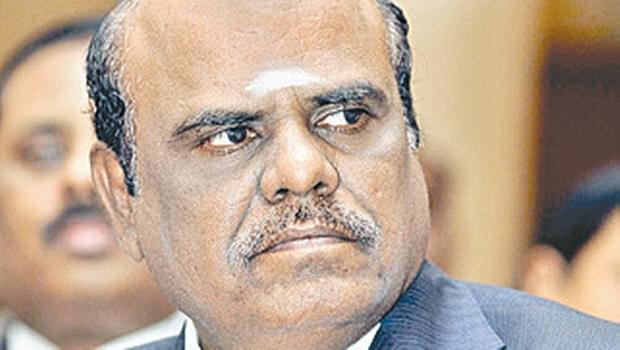 Sitting Calcutta High Court Judge Justice C.S. Karnan has in a letter addressed to seven senior most judges demanded a compensation of Rs 14 crore for disturbing his mind and normal life.

This came days after a bailable warrant was issued against him for his allegations against the Supreme Court and High Court judges. Justice Karnan has said if his demand is not met then he would restrain the judicial and administrative work of these judges.

Justice Karnan in his two page letter to the seven judges said, “You have constituted an unconstitutional bench after breaking the Indian constitutional law and passed a suo motu contempt order and restrained me from judicial and administrative work and that order was passed with malafide intention in order to harass a Dalit Judge (myself).”

“Judge means a dignified person of law who has to hear both sides of the case and pass order in accordance with law. Hence, I request you (CJI and other six judges) to cancel the unconstitutional bench and restore my normal work. The seven judges should pay compensation, a sum of Rs 14 crores since you have disturbed my mind and my normal life, besides you have insulted me in the general public consisting of a population of 120 crores in India due to lack of legal knowledge,” the letter added.

In his letter, he alleged that these senior judges have issued the order to protect the 20 judges against whom he has filed a complaint for dishonesty.

“All seven judges shall pay a part of the compensation within a period of seven days from the receipt of this order, failing which on the same stand (on the same footing), I will restrain judicial and administrative work of yours,” the letter states.