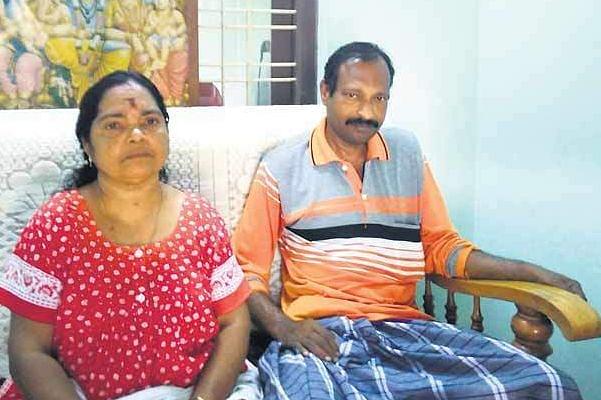 K M Ashokan, an ex-army man and father of Akila aka Hadiya, who fought a legal battle to annul his daughter’s marriage in his belief that she was a victim of indoctrination and there was a concerted conspiracy behind her conversion and marriage, has joined the Bharatiya Janata Party (BJP), Asianet reported.

Ashokan joined the party at a Sabarimala protection meeting with BJP spokesperson B Gopalakrishnan according him the party’s membership.

Explaining his reason for choosing the BJP, Ashokan described it as best party in India. “Maybe because I was in the Army, I feel the BJP is essential for India's future. BJP is the only party that protects the Hindu culture,” he said.

Ashokan, who was an atheist and a staunch sympathiser of the communist party, also alleged that the ruling-CPM has lately been indulged in dirty vote-bank politics.

“I was a communist but decided to shift my allegiance after I realised the party was going in the wrong direction. Its stand on various issues made a bad impression on me,” he said.

Ashokan also extended support to the ongoing stir against the Supreme Court's verdict on Sabarimala temple being led by the BJP.

Her parents opposed the marriage alleging that she was a victim of ‘Love Jihad’ and took the case to Kerala High Court which annulled her marriage and gave the 24-year-old’s custody to her father Ashokan. The court flagged the role of extremist organisations in influencing her and instilling radical thoughts in her. The Court also ruled that girl appeared to be “weak, vulnerable” and capable of being “exploited in many ways”.

Hadiya subsequently filed an appeal and the case went to the Supreme Court which in November last year sent her back to her college in Salem to complete a paramedical course. The apex court later ruled that it was entirely Hadiya’s decision who she should marry and no one can intervene.

Ashokan along with many other affected parents had also formed a forum to provide help and support to ‘love jihad’ victims.