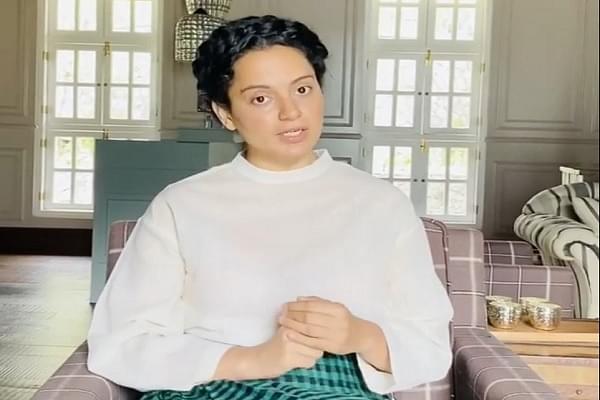 Today (8 September), Brihanmumbai Municipal Corporation (BMC) officials pasted a notice on Bollywood actress Kangana Ranaut’s Bandra bungalow alleging alterations were made to the building without the requisite permissions from the civic body.

Rananut’s Pali Hill bungalow in suburban Bandra is now in the middle of the showdown between the outspoken address and Shiv Sena - the party ruling Maharashtra in coalition with the Congress party.

The officials pasted the notice on the bungalow as reportedly no one was there at the time, stating that Kangana had 24 hours to respond and let the BMC know if she had any approvals for the work.

The move comes just a day after the actress took to the social media to share videos of her office premises and that the BMC may demolish the property to punish her for her political stances.

The showdown between the Shiv Sena and Kangana began after her recent remark comparing Mumbai to Pakistan- occupied Kashmir (PoK).

Kangana was awarded Y+ security by the union government after she received several threats. A number of cases have been filed against her in Maharashtra, including one by the Shiv Sena IT cell seeking FIR against her under 'charges of sedition for her Pakistan-occupied Kashmir (PoK) analogy for Mumbai.