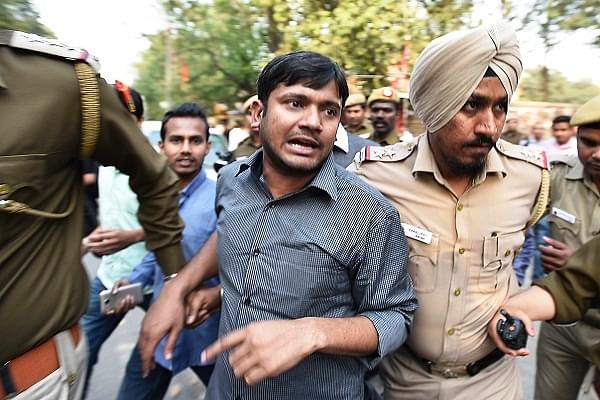 The Delhi police on Monday (14 January) filed a chargesheet against Kanhaiya Kumar, Umar Khalid and others over Jawaharlal Nehru University (JNU) sedition row, almost three years after the incident, as reported by Press Trust of India.

On 9 February 2016 anti-national slogans were believed to have been raised in an event held at the JNU campus to commemorate the hanging of 2002 Parliament attack mastermind Afzal Guru.

This chargesheet has been put up for consideration by metropolitan magistrate and will be heard on Tuesday (15 January).

Some of the charges against them include sedition, voluntarily causing hurt, rioting, criminal conspiracy and unlawful assembly. The police has claimed that Kumar incited the mob to shout anti-India slogans.

As per journalist Gaurav Sawant, the Delhi police has quoted the Central Forensic Science Laboratory to assert that tapes recording the event were not doctored and that anti-national slogans were indeed raised there.

The police has also named Kashmiri activist Shehla Rashidm, CPI leader D Raja’s daughter and 36 others in the chargesheet but they have been included in column 12 due to insufficient evidence against them.

In order to strengthen its case the police has included CCTV, mobile footage as part of its documentary evidence.