Karnataka: Ahead Of Trust Vote, Congress MLA Ramalinga Reddy Withdraws Resignation; To Vote In Favour Of The Party 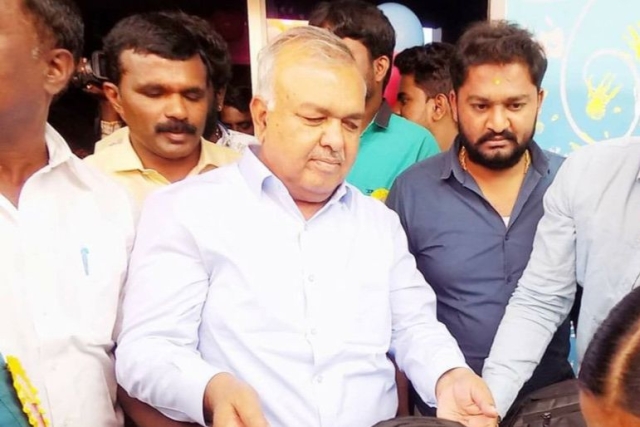 Karnataka Congress MLA Ramalinga Reddy, who along with 9 other MLAs had resigned on 6 July, on Wednesday (17 July) said that he has decided to withdraw his resignation and vote in favour of the the Congress-JD(S) coalition government in the state Assembly.

"I will take part in the assembly session tomorrow and vote in favour of the party. I will continue to remain in the party and serve as MLA," Reddy said, reports India Today.

Reddy asserted that he had tendered his resignation because of the party's internal matters and not against the state government. "My reasons (of resignation) were purely internal and not on high command and not on Congress party, not on the Chief Minister," the senior Congress MLA said, as reported by ANI.

With hours remaining before the trust vote in the Karnataka Assembly, Chief Minister (CM) HD Kumaraswamy had issued whip to all 37 party MLAs of the JD(S) including the three rebel legislators to be present in the Assembly on Thursday (18 July) at the time of the trust vote.

Kumaraswamy has said that if the MLAs do not attend the house or vote against the party whip, action will be initiated against them under the rule of Anti-Defection Law.