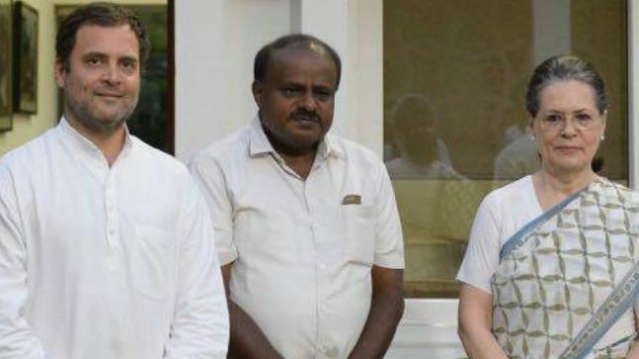 Making remarks on the body language and rhetoric of Congress president Rahul Gandhi and Karnataka CM Kumaraswamy, BJP MLA from Karnataka, Basavaraj Bommai has compared them with jokers, reports ANI.

Bommai said that the ongoing general elections in going to decide who are jokers and who is a hero.

Ridiculing the top bosses of Congress and JDS, Bommai said, “Rahul and Kumaraswamy are making fun of themselves by the way they are talking and body language. People will decide who are heroes and who are jokers”.

Slamming the past attempts of the Congress party to give a separate religion status to the Lingayats, Bommai said, “Congress, just like the divide and rule policy of the British, used Lingayat issue as an election gimmick. After such a failed attempt, the party is having internal conflict over the issue”.

“D K Shivakumar offers apologies on behalf of the previous government over an attempt to split the Lingayats while MB Patil (former cabinet minister of Karnataka) rescinds the same. Congress should arrive at an internal cohesion before demanding separate religion tag for Lingayats”, he added.

Bommai accused the current Congress-JDS government of Karnataka of confining their development program to Hassan and Mandya district while neglecting North Karnataka.

14 out of Karnataka’s 28 parliamentary seats went for polls on Thursday (18 April), with the remaining 14 are due to be voted on 23 April.