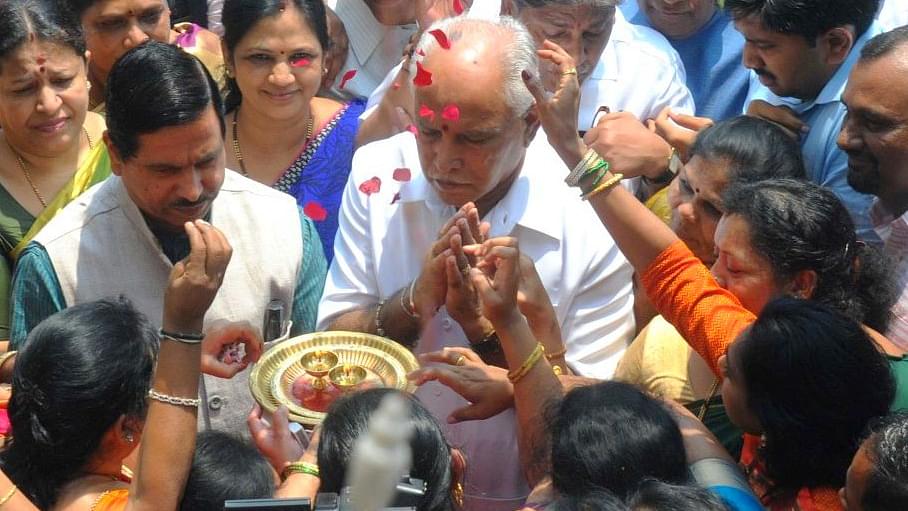 With a fractured verdict being delivered by the state’s electorate, the confusion over who will form the government in Karnataka refuses to die down. All the three parties, the BJP, Congress and JD(S) are trying to cobble up a majority with the latter two having reportedly agreed on an alliance.

Meanwhile, the only Independent MLA to have won the election, R Shankar, pledged his support to the BJP after meeting the BJP’s chief ministerial candidate B S Yeddyurappa. That brings the BJP’s numbers to 105, seven short of the majority 112 required in the assembly.

12 Congress MLAs, however, reportedly didn’t turn up for a party meeting called today in Bengaluru. Of the 78 Congress MLAs who have won, only 66 turned up for its legislative meeting at the Karnataka Pradesh Congress Committee (KPCC) office in Bengaluru.

The Congress has hence decided to move its MLAs to the Eagleton resort in Bidadi, with the move to be managed by Congress leader D K Shivakumar. The same tactic was applied by the party during the Rajya Sabha elections in Gujarat last year, as reported by OneIndia.

JD(S) leader H D Kumaraswamy meanwhile staked claim to the chief ministerial seat claiming support of the Congress. He also accused the BJP of trying to poach his party’s MLAs and said that the JD(S) will poach double the MLAs from the BJP if it doesn’t stop.

The Karnataka election results yesterday (15 May) threw up a fractured verdict with the BJP emerging as the largest party with 104 seats but eight short of the majority mark. The ruling Congress managed to win 78 seats while the JD(S) won 38 seats in 224-seat assembly. The Congress, however, is reportedly keen to support the JD(S) despite getting more than double the seats to keep the BJP out of power.

Elections on the remaining two seats are to held later.