Karnataka Top Source For Stolen Artefacts: 12 Idols Stolen In Past 6 Years, None Recovered 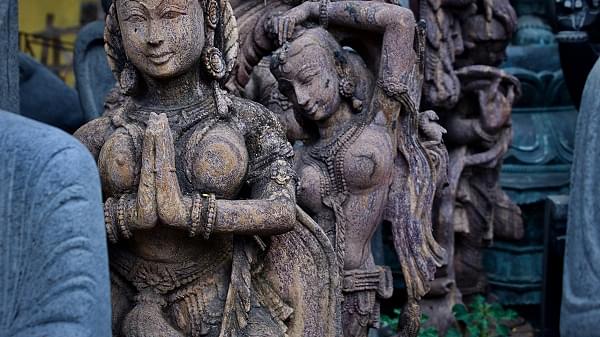 According to government data, out of the 12 idols stolen from protected monuments in Karnataka over the past six years, none have been recovered by the police, reports The Hindu.

According to the written answer provided by the Union Ministry of Culture to the Lok Sabha, Karnataka ranks as the top source for stolen artefacts in the country. In total, over 30 idols have been stolen from the Archaeology Survey of India (ASI) sites spread across the country.

In the last three years alone, a stone Nandi and a stone Ganesha were looted from the Ramalingaswara temple complex at Avani in Kolar district. A stone Shivalinga from a Shiva temple in Thimalapura in Ballari district and an eight-armed goddess Mahishamardini from the Panchalingeswara Temple were also stolen.

“The demand for these Hoysala and Chalukya idols exist and the three southern States are susceptible as there are hundreds of unprotected or State-protected sites,” said T. Arun Raj, Superintending Archaeologist (Museum), ASI, New Delhi to The Hindu.

According to H.N. Nagaraj, district general secretary of Temporary Workers Union of ASI, lack of sufficient staff to guard the monuments was one of the main reasons for the thefts as many of the sculptures were stolen from a place with no night watchmen on active duty.

Also Read: Tamil Nadu Idol Thefts: Why Should There Be A HR&CE Department At All? Asks A Miffed Madras High Court