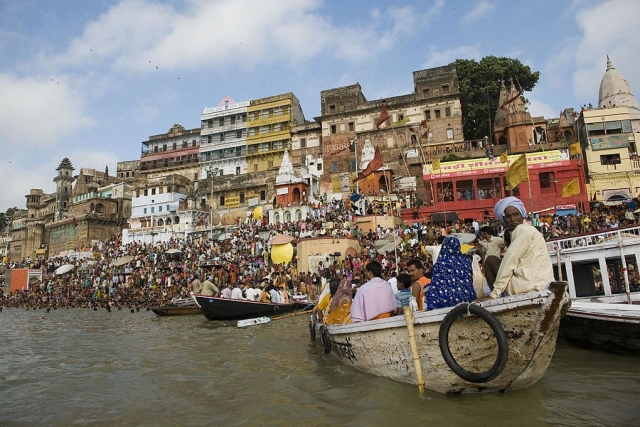 One of the many holy ghats on the banks of the Ganga in Varanasi. (Representative Image) (PRAKASH SINGH/AFP/GettyImages)

Putting national pride ahead of the business, many traders of Kashi have decided to stop selling dry fruits and rock salt imported from Pakistan after the Islamic nation suspended trade ties with India, reports Hindustan Times.

Last week, Pakistan suspended trade ties with India in the aftermath of New Delhi abrogating the Article 370, which gave special status to Jammu and Kashmir. Following Islamabad’s decision, the traders of Varanasi have put placards at their shops that say: "We will not sell dry fruits and rock salt coming from Pakistan.”

According to the report, the traders are asserting that they will not sell Pakistani products until it stops its propaganda against India.

“We are not selling Pakistani dry fruits, including dates, figs and rock salt, that come from Pakistan because the neighbouring country has suspended trade ties with us. We will not sell any Pakistani products until it stops propaganda against our country,” said Anil Sahu, who owns a general store in the city.

Some traders are even going to the extent of advising their customers not to use sendha namak (Rock Salt) while fasting during the last Monday of the holy month of Shrawan.

As per the report, the traders have also expressed displeasure over Islamabad’s interference in the internal matters of India.