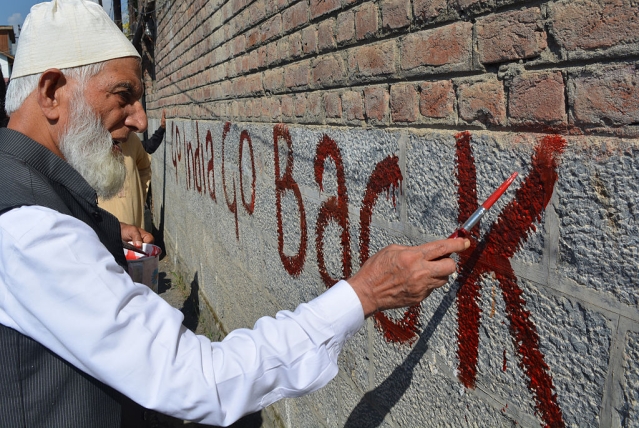 Having built his career by fueling the Kashmiri separatist movement which has led to endless bloodshed and mourning in the peace-ripped history of the Kashmir Valley, leading separatist Syed Ali Shah Geelani has been rewarded by Pakistan with the nation's highest civilian honour, reports Times of India.

The Islamic Republic's Senate on Monday (27 July) passed a unanimous resolution to bestow on Geelani the 'Nishaan-e-Pakistan' honour, while also proposing to institute an engineering college after his name.

The resolution tabled before the Senate by Jamaat-i-Islami's Mustaq Ahmad, talked of Geelani's 'selfless' and 'relentless' struggle and sacrifices for the supposed right to self-determination. It also proposed the inclusion of Geelani's life and supposed struggle in Pakistani academic curriculum.

The development comes days after Geelani had made public his decision to quit Hurriyat, while naming Rawalpindi based Abdullah Geelani his successor, fuelling speculations that Geelani was acting to Pakistani ISI's bidding, as per the report.