KCR Goes The Modi-Way; To Individually Write To One Crore People In Telangana, Explaining Party’s Achievements 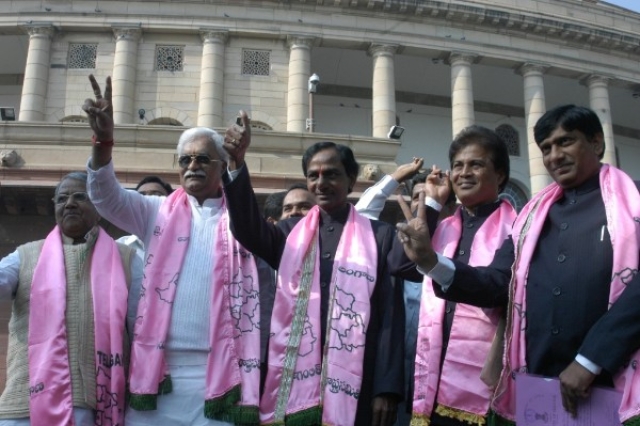 The Telangana Rashtra Samiti (TRS) is planning to send letters to one crore people in Telangana in the name of the party president and Chief Minister K. Chandrasekhar Rao, explaining the schemes taken up by the government in the last four-and-a-half years.

The party believes that of the state’s two-and-a-half-crore population, at least one crore would be direct beneficiaries of government schemes and would have benefited in one way or the other. It is of the view that at least two people from each family would have benefited from a pay hike.

Sensing now that the Telangana sentiment might no longer work in the upcoming elections, the party has decided to use “development” as its new plank, by comparing the work done in the present regime to past regimes in undivided Andhra, as reported by The Hindu.

The TRS believes that the scheme wherein financial assistance of ₹8,000 an acre was given to farmers as investment support for agriculture would have not only benefited at least 50 lakh people, but also the scheme wherein life insurance coverage of ₹5 lakh was extended should up the party’s image.

An equal number of people, the party believes, have also benefited from eye screening camps. Another point it is planning to market is how the government tided over the power crisis without raising tariffs over a period of six months.