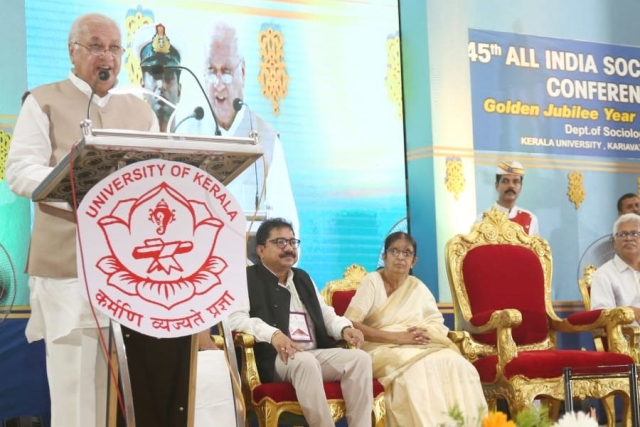 Continuing with his stand against the passing of a resolution by the Kerala Assembly on the Citizenship Amendment Act, 2019, Kerala Governor Arif Mohammed Khan on Thursday ( 2 January) maintained that it has no validity.

"Citizenship Act is purely a Central subject and moreover, in Kerala there is no issue of any illegal migrants. Hence, this resolution passed by the Assembly has no Constitutional or legal validity," said Khan to the media in Thiruanantpuram on Thursday.

Elaborating on the fiasco at the recently held Indian History Congress (IHC) at Kannur where eminent historian and Khan openly clashed, he pointed out that it has a criminal content.

"In the IHC, they have advised the state government not to cooperate with the Centre on the CAA. There is a criminal content in it," said Khan and gave a clean chit to the Kerala Police on what happened in the IHC.

"More than blaming the police, I take the blame, if anything went wrong, as it's me as the Chancellor, to take cognisance of it," added Khan.

At the IHC venue, Habib pushed aside the security aides of Khan, and since then Khan has been criticising the state government. This has increased after the Assembly passed a resolution that was opposed by just the sole BJP legislator, which took place on Tuesday (31 December).

Of the 33 million Kerala population, Muslims account for around 20 per cent and Christians around 18 per cent.