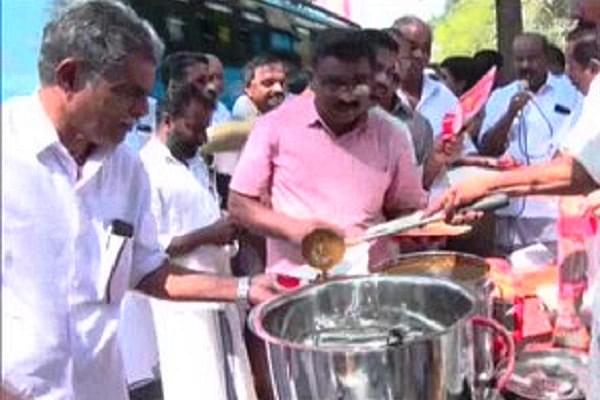 Kerala Congress workers on Tuesday (19 February) distributed beef curry outside a police station a police station in Kozhikode to protest against the exclusion of the dish from the menu served to state police trainees, ANI has reported.

Kumar alleged that the decision to drop beef curry from the menu was a result of Kerala Chief Minister Pinarayi Vijayan’s “sangh leanings”. The Kerala police department meanwhile is said to have denied that the dish was excluded from their menu.

Incidentally, a few days ago senior Congress leader Jairam Ramesh had termed beef a big culprit in global warming while speaking at an event in Kerala. He had thus asserted that anyone who wishes to combat global warming should turn vegetarian.

In 2017 youth Congress leaders in the state had slaughtered a cow in full public view to protest against a restriction on marketplace sale of cattle.